100 gecs share the visuals for “Doritos & Fritos,” the second offering from their highly-anticipated sophomore album 10000 gecs. Directed by Chris Maggio and produced by Evan McGillivray, the new video sees the gecs alarming local news as they soar through the sky in their iconic yellow and purple wizard robes. 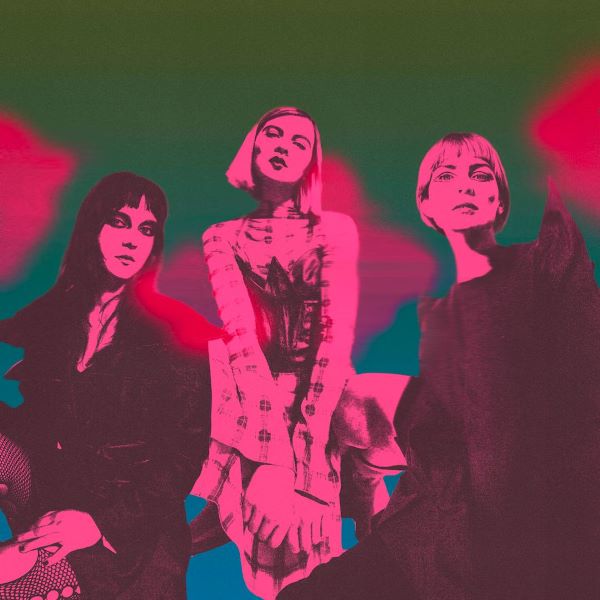 Automatic’s second album for Stones Throw, Excess, rides the imaginary edge where the ‘70s underground met the corporate culture of the ‘80s; or, as the band puts it, “That fleeting moment when what was once cool quickly turned and became mainstream all for the sake of consumerism.”

“Skyscraper” imagines a Patrick Bateman type — the kind of sociopath who excels in C-suites and complains about affordable housing going up in his neighborhood. Halle explains, “It’s about spending your life making money and then spending it to fill the void created by said job.” Lola adds: “Kind of like going to LA to live your dreams.”

US (with Tame Impala)

Oceans of Slumber – Hearts of Stone

Fronted by the inimitable power, range, and grace of vocalist Cammie Beverly, Starlight and Ash posits OCEANS OF SLUMBER in a league of their own.

Cammie Beverly (vocals) says about the song: “Lost and alone from birth, a product of the institution of life on the streets. Trouble follows this person around like a badge of honor. Grief finding grievances, the perfect formula of despair.”

The song, which was produced by GRAMMY® winner Ariel Rechtshaid (Vampire Weekend). In the animated video, a puppet resembling Ponthier performs “Hardcore,” accompanying herself on acoustic guitar as she sits at home alone – with a birthday banner overhead and a piñata hanging from the ceiling. The video was animated by Mero Estudio.

“The idea for ‘Hardcore’ came from the sentiment that while being tough can be admirable, there is a ruthlessness to letting yourself be emotional and vulnerable, too,” says Allison Ponthier. “The line ‘it’s hard being hardcore’ floated around in my head for months, so when Ariel, Nick Long, and I got together to write, the idea of having that lyric against Ariel’s ability to create the most warm and sentimental sounds was super exciting. Working with Ariel was amazing, especially since around that time I was constantly listening to Vampire Weekend’s Father of the Bride. And Nick has written some of my favorite songs of all time.”

Rosie Darling releases the next track from her upcoming EP Golden Age. This collaboration was written with Justin Gammella & mixed by Michael Brauer.

A Starr – No Filter

Singer, songwriter, and performer A STARR has released her debut single “No Filter.” Today she releases the video.

“Nowadays, people hide behind social media. They’re pretending to be someone they’re not,” A STARR shares. “They’re just following what everyone else is doing though. Instead of being a follower, be your own leader. I’ve realized that over these last few years. The real people will accept you for who you are, and that’s all that matters. You don’t need a filter.”

Posted in Videos Tagged with: A Starr, No Filter, Poo Bear, Shndō

unleashed her groundbreaking debut album if i can make it go quiet into the world. The album made waves globally with critics and fans relishing in Ulven’s honesty and raw emotional intelligence.

Now girl in red has teamed up with fellow creative Hunter Schafer who is making her directorial debut with the new music video from album favorite “hornylovesickmess.”

Ulven tells us: “‘hornylovesickmess’ is one of my favorites off the album. Being able to make a video with Hunter for the album’s anniversary was so cool. We had so many ideas after the first time we hung out and it was cool to be with another creative in that way. it was also fun to be on set with her and get her vibe as a director.”

Posted in Videos Tagged with: Girl In Red, hornylovesickness, Hunter Schafer, if i can make it go quiet, Marie Ulven

G Flip – Get Me Outta Here

Posted in Videos Tagged with: Future Classic, G Flip, Get Me Outta Here

Posted in Videos Tagged with: Miynt, So Lost

Gogo Morrow – In The Way

Philly-born RnB artist GoGo Morrow makes her debut with her first single, “In The Way,” out today via B.O.E. and Universal Music Canada in partnership with Kenya Barris’ label venture, Khalabo Music/Interscope Records. Accompanying visuals for “In The Way,” directed by the late Sebastian Sdaigui.

On the single, GoGo Morrow said: “I’m so excited to introduce my debut single to the world. Writing this song helped me heal and I hope it does the same for anyone going through a similar situation.”

“‘Loser’ was inspired by my dad calling all my boyfriends in high-school losers and lowlifes. It used to feel like the worst insult coming from him and I was so scared of doing nothing with my life or failing at music. I wrote this song as kind of a well f*ck it, I’m a loser then.”

Alessia Cara – You Let Me Down

Posted in Videos Tagged with: Alessia Cara, You Let Me Down

Scout LaRue Willis announces her remarkable self-titled debut album today. Imbued with wistful melodies and eloquent, eccentric arrangements, the record is a coming-of-age masterpiece that showcases a young auteur turning her darkest fears into hopeful songs. A skilled songwriter and artist who has collaborated with the likes of Nicolas Jaar, Willis always aspired to a musical career but something held her back.  “Somewhere between fear and misperception I had this idea that I shouldn’t and couldn’t pursue music full time,” Willis explains. “Later though, I realized this was just a very clever way to hide from the deep, unconscious fear I had around sharing myself and my art with the world.” It took a few years, but this fear would ultimately be channeled into Willis teaching herself to play guitar in 2016 and write her own music for the first time, and this self-titled album is the first peek into her gorgeous sonic world.

The album’s lead single is the anthemic “Woman At Best,” which receives a stunning visual accompaniment by Lili Peper and Scout LaRue Willis.

On the lead single, Scout shares “Woman at best is a love letter to Sacred feminine rage. It’s an anthemic celebration of the courage  it takes to make the tough decisions in life and love, that while for your highest good, can feel excruciating. It’s about finally stepping away from something both toxic and intoxicating. This song is an ode to feminine creativity, sexuality and freedom, to the idea that I can be all of it without hiding or withholding any piece of myself. I wrote this song with a near prescient clarity, precisely describing the arc of a relationship I wouldn’t enter till months after it was written. It was one of the only songs on the album that Showed me exactly what kind of production it called for. From the very earliest stages Of writing it I heard a choir, I heard a huge string section, this song wanted to be big and proud and unapologetic. It was so incredible to hear it come to life in the studio. Even then it brought me to the edge of my own discomfort and pushed me beyond my perceived limitations.” 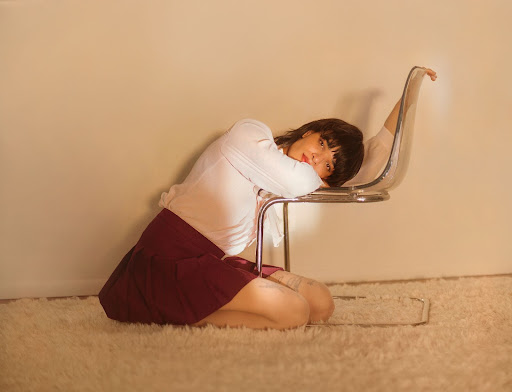 Today, Pascal Stevenson has shared the second single off her debut album as Fashion Club. Driving rhythm and bent synths propel “Pantomime” towards its piercing hook, bridging the gap between disarming experimentalism and pop pleasure.

“This is the first song I wrote for this record” says Stevenson, “It’s about different kinds of social performance, and how we weigh our needs against others. A lot of people advocate for marginalized groups in their public lives but then don’t make any effort to look inward and address their own harmful behavior in their private lives.” Pulling inspiration from influences as diverse as Kate Bush, Brian Eno, and Wire, Scrutiny (out 6/17 via Felte Records) is a tour de force of dreamlike art-rock.