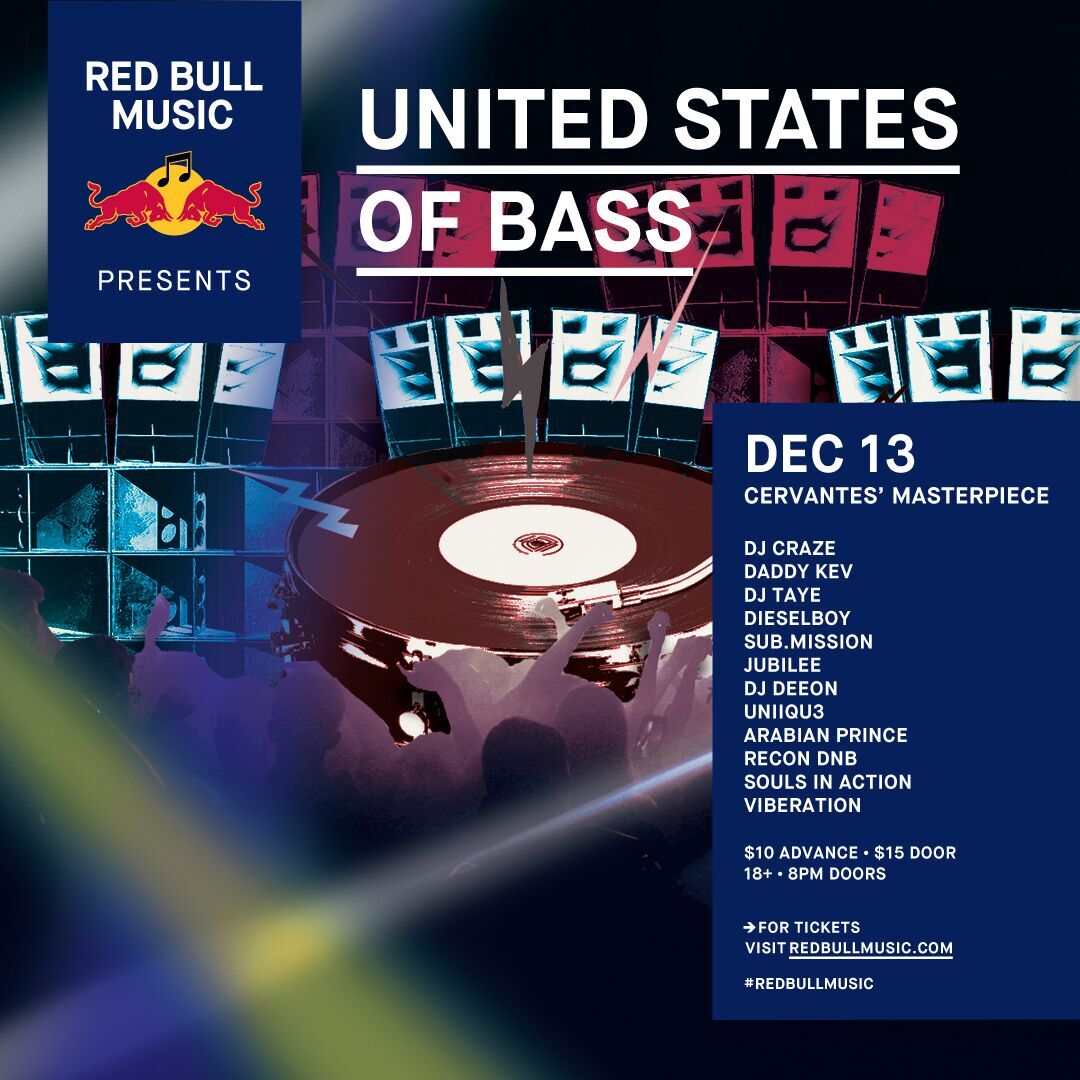 Cervantes Ballroom & Cervantes Other Side, Denver, CO
December 13, 2018
https://www.redbull.com/us-en/music/events/red-bull-music-presents-united-states-of-bass-denver
https://www.cervantesmasterpiece.com/
Two rooms with heavy bass and 9 artists from all over the nation including the three women acts of:
Souls in Action – The artist collective features artists including YaSI https://www.facebook.com/soulsinactionentertainment/
UNIIQU3 –  This producer was part of the Jersey Club movement and is now a producer in her own right. https://www.facebook.com/UNIIQU3MUSIC/
Jubilee – Jess Gentile was part of the Brooklyn based dancehall crew who won the Red Bull Culture Clash in 2016. She is the first lady of bass from Miami. http://www.jubileelovesyou.com/

https://www.larimerlounge.com/
http://www.djlealuna.com/
As Lea Luna greets Denver, Colorado with her presence again, we are eager to see what she unleashes at her upcoming event at the Larimer Lounge, November 18, 2018. Luna has been an admit member of the EDM music scene since 2009, and gained a steady following. She has previously performed at venues like The Marque, Vegas, Beta Nightclub, Denver, and the Avaion, Las Vegas.
Her fierce, “bad-girl” composition is intriguing at best. Working beside Sleeping Giant Music, Lea Luna has intrigued her audience with bass-filled dance music that does just that… Makes you want to dance. A strict, not too be messed with attitude, and a progressive house sound is the lime and coconut duo of a Lea Luna performance. 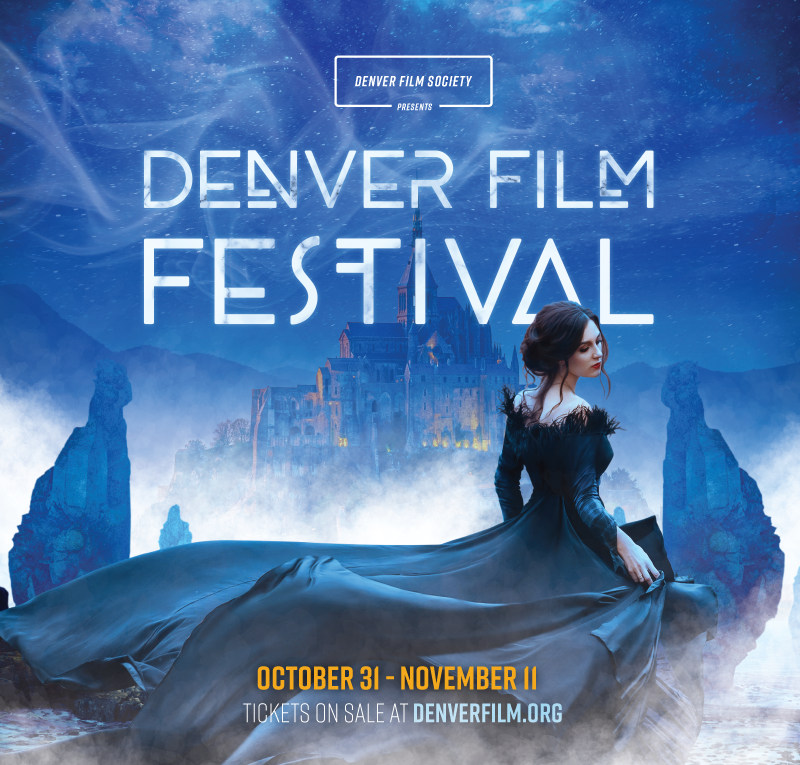 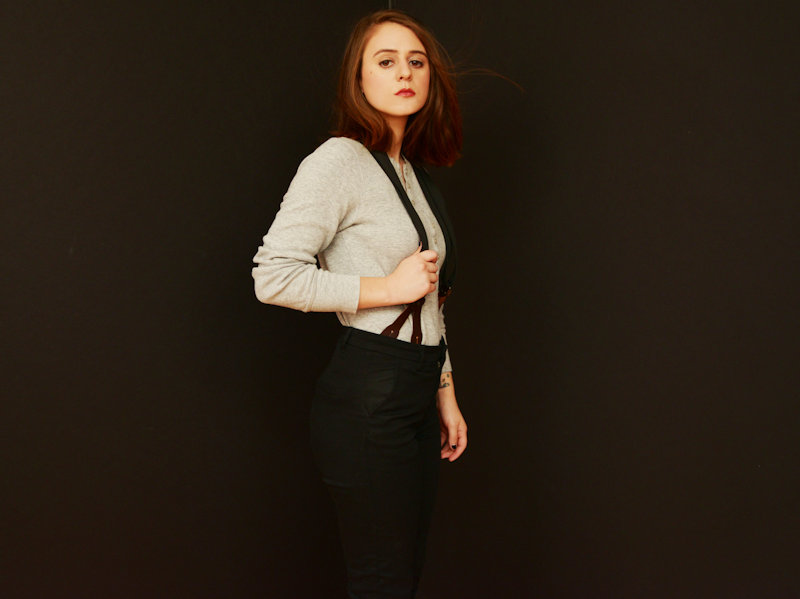 Tancred
Jess Abbott
Globe Hall
Denver, CO
October 31, 2018
http://www.globehall.com/
Tancred came to our attention with the track “Queen of New York”
The video and the lyrics drew us in like a bee to honey. Nightstand is Tancred’s sophomore album and it has a musical maturity that stands out. Produced by Lewis Pesacov, the album had ups and downs before production. Jess Abbott, formerly of Now, Now, is the voice of Tancred. FEMMUSIC was honored to speak with her about the album. For info visit https://tancredmusic.com/
FEMMUSIC:  What was the biggest challenge making Nightstand?
JA: Picking which songs to release as singles was so tricky because the album contains a few different themes, and I was concerned releasing certain singles might give the wrong impression of the album overall. Honestly sometimes I still lie awake at night wondering if we picked the right ones.
FEMMUSIC:   I understand you had the songs chosen before going to the studio. How did you go about your song choice? What else did you do for pre-production?
JA: I spent about a year writing songs for this album and I went through so many revisions within in each song, and ultimately scrapped half the album and started over. I guess what ultimately decided the songs was the theme of vulnerability. It cut a lot of more aggressive songs I had written before settling on that theme. We had a few days of preproduction before we started tracking where in the studio we played through the songs and discussed them all.
FEMMUSIC: Tell me about Lewis Pesacov. How did you meet? Why did you choose him to be producer for the album? How was he to work with?
JA: Lewis and I were set up to cowrite together but we hit it off so well that we decided to have him produce the whole thing. He felt so open to my creative direction and aesthetic ideas it made working together so easy. But he also challenged me where I needed to be challenged in the studio. It was a great balance. 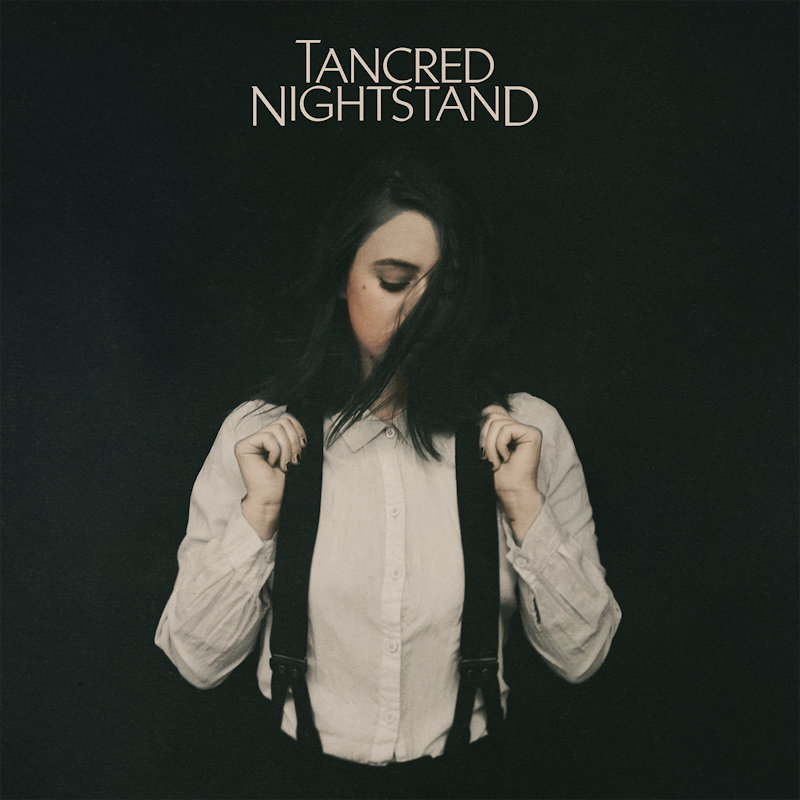 FEMMUSIC: Tell me about some of your backing musicians. I noticed the names Samira Winter & Jenny Owen Youngs. You’re doing more instrumentation with the album. How did you choose these artists? How was the studio experience?
JA:  Kevin Medina and Terrence Vitali recorded bass and drums on Nightstand and on my previous album, Out Of the Garden. Samira is a mutual friend of Lewis and I (I was also subletting her apartment while I was tracking Nightstand) and we thought it would be fun to have her do some vocals on the album. Her band Winter is incredible. Jenny and I had been friends for awhile and we’d collaborated around that time on some of her work, so while I was in LA in her neck of the woods I asked her to come sing on something of mine. I carried around a disposable camera the whole trip and I have some great photos of them singing in the studio. Working with friends is so fun.
FEMMUSIC:  Can you describe your songwriting technique?
JA: I basically just pick up a guitar and lie around humming things until I find things I like. Or if I’m out in the world and an idea pops into my head I’ll write it out in a note on my phone or record a voice memo for later. Once I have the basic outline for a song done I’ll record each track in a demo and layer on programmed drums and bass and strings so I have an image of my vision for the song to take into the studio.
FEMMUSIC:  What song (not your own) has had the biggest influence on you and why?
JA: “Demon Rock” by Letters to Cleo shook my world. I’d already dreamed of playing music professionally almost my whole life but listening to that album (Demon Rock is track one) was the first time it felt like it was something I could make real. I connected to the guitar lines, the vocals, the lyrics. I remember lying down in bed and listening to it on repeat all night. I couldn’t sleep.
FEMMUSIIC:  As a woman in the music industry have you been discriminated against?
JA:  Yeah, of course. But I think communicating calmly about things that make me uncomfortable and having some understanding for the context of the moment are tools that have helped me ensure I’m working in a comfortable environment. It took me awhile to not get so mad about it. It’s fair to be mad, shit sucks. But I think it’s detrimental to not leave room for some understanding in any situation.
FEMMUSIC:  Whom would you most like to collaborate with, or tour with? Why?
JA: I have been deathly into Chelsea Wolfe’s new album Hiss Spun since it came out. Her live show is so sick, her Audio Tree was sick, her tones are sick, her Instagram is sick. I dream of a CW collab or tour.
FEMMUSIC:  What one thing would you like to change about the music industry?
JA: The cost of making records (recording, distribution, PR, management, booking) hasn’t gone down but record sales have, so it becomes incredibly difficult to be an artist making everything yet with little coming back financially to support it all. It’s like inflation isn’t accounted for. Making music isn’t about money, but music, like anything, takes time and work. You still gotta eat and pay rent. And then you have people who think it’s ethically wrong to want to profit off your art.. It becomes a snake eating its own tail. At my career peaks I was still scraping by. The infrastructure of the music industry is broken. Short answer: I wish there was enough left of the pie for artists, the people actually creating the music, to support themselves comfortably. 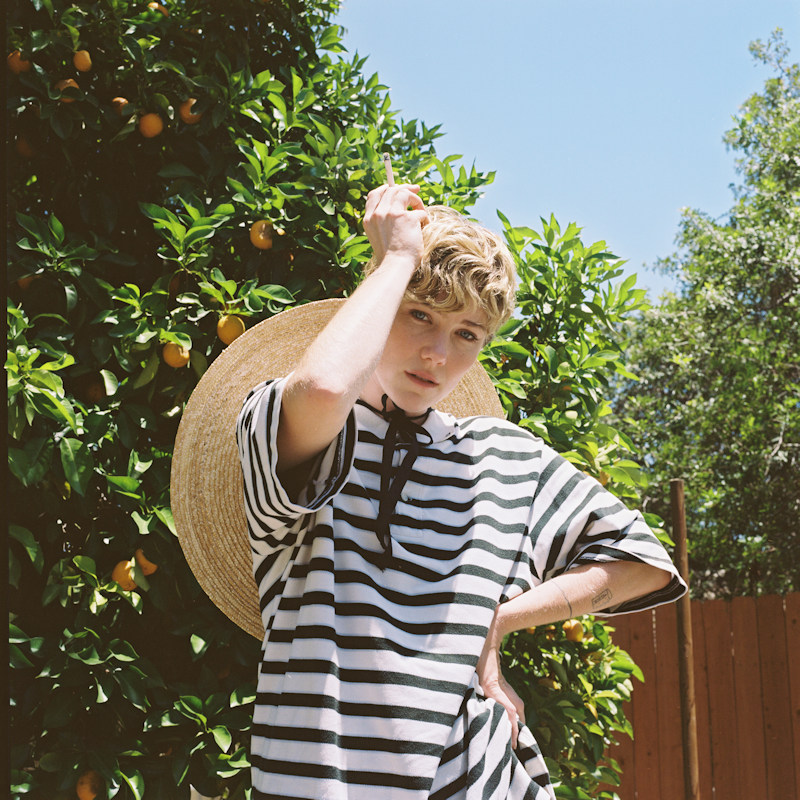 Posted in Previews Tagged with: Your Smith

6 Artists to See at Venusfest 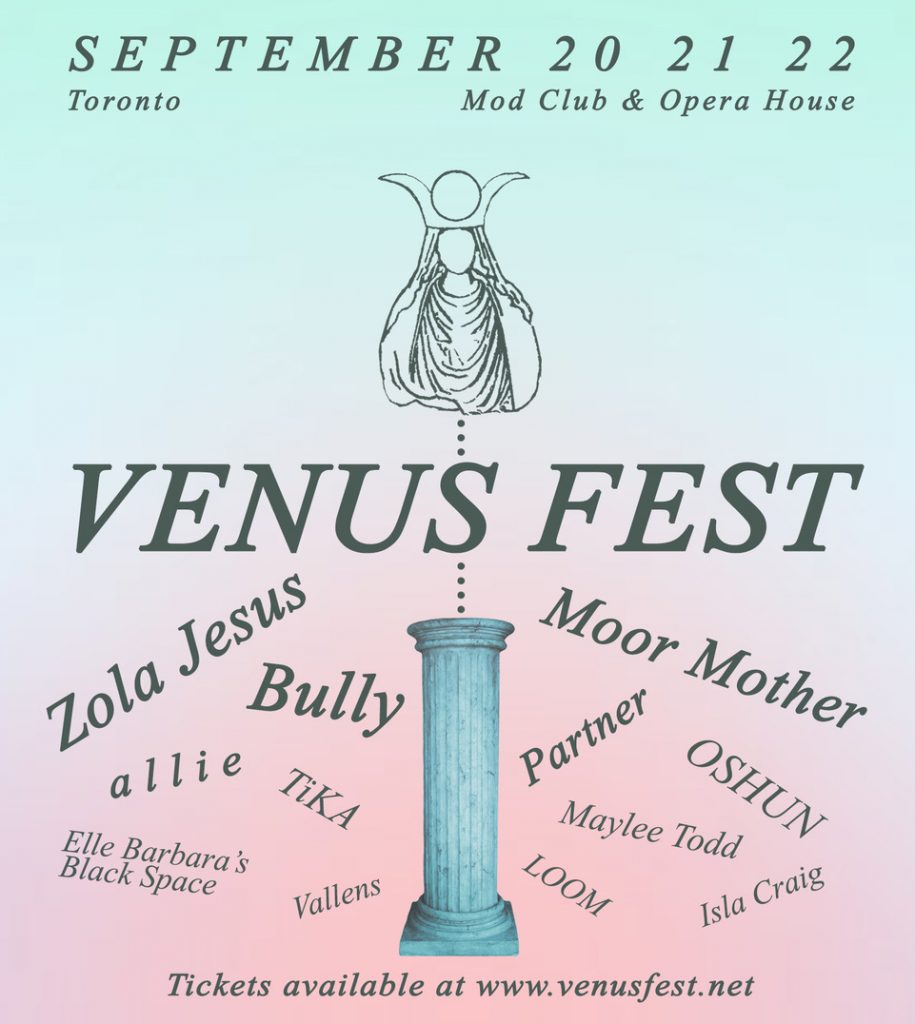 6 Artists to See at Venusfest
Mod Club, Opera House
Toronto, ON
September 20-22, 2018
https://www.venusfest.net/
This Canadian Music Festival celebrates feminism in the arts. This 3 day festival includes music performances and a range of artists.
Zola Jesus – Zola Jesus is an electronics driven ethereal artist. Her latest album is Okovi. http://zolajesus.com/
Bully – Alicia Bognanna fronts this electric 3 piece rock band. Their latest album is Losing http://www.bullythemusic.com/
Moor Mother – Describing Moor Mother is a challenge. She is an activist, poet, singer songwriter, hip-hop artist, producer and more. She has a visceral tone to her music that challenges as much as it entertains. Her latest album is Crime Waves. https://www.facebook.com/MoorMother/
Partner – Josee Caron & Lucy Niles make up this indie rock group. Their debut album is In Search of Lost Time. https://www.facebook.com/officiallypartners/
TiKa – TiKa is an activist, advocate and TV personality. Her latest single is “Debt.” https://www.tikathecreator.com/
Vallens – This Alberta 4 piece has had the wind at their backs as they have climbed in the music industry. Their latest EP is Dimmed In My Display. https://www.vallensband.com/

Posted in Previews Tagged with: Venusfest

8 Artists to See at The Inaugural Grandoozy 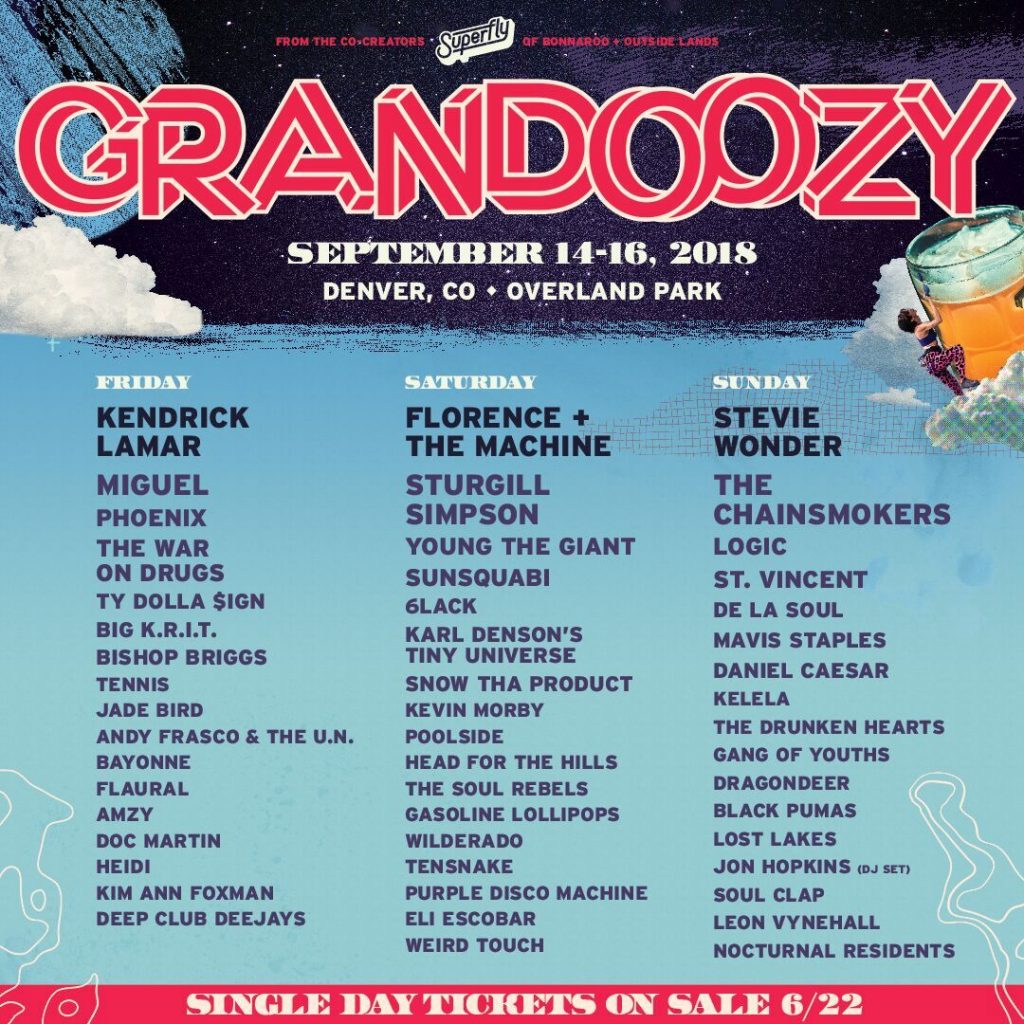 8 Artists to See at The Inaugural Grandoozy
Overland Park
Denver, CO
September 14-16, 2018
https://www.grandoozy.com/
From the co-creators of Bonnaroo and Outside Lands comes Colorado’s next great concert experience. This 3 day festival includes names like Kendrick Lamar & Stevie Wonder. It has 5 stages (6 when you include the Bud Light Dive Bar), which include everything from national headliners to dj’s and dance music. There are events featuring culinary ambassadors at the Detour Denver, craft beers at Arts & Crafts, distillers, spirits and cocktails at The Flight School, and panels and a marketplace dealing with Colorado’s outdoor experience at The Backyard.
Bishop Briggs (Scissors Stage, Friday)  –  Bishop Briggs has exploded from her beginnings in 2015 to her debut album Church of Scars. Her latest single is “Baby.” https://bishopbriggs.com/
Cherry Glazerr (Scissors Stage, Saturday) – Clementine Creevy is out of control in this rock band. Apocalipstick is their latest album. http://cherry-glazerr.com/
Florence + the Machine (Rock Stage, Saturday) –  From day one Florence Welch has been a dynamo. Her latest album is High As Hope. Florence controls the stage and the audience. Don’t miss this set. https://florenceandthemachine.net/
Jade Bird (Scissors Stage, Friday) –  This London artist has been sweeping the US this year. In 2017 she released Something American. Her latest single is “Uh Huh.” http://www.jade-bird.com/
Kelela (Paper Stage, Sunday)  – Kelela’s 2017 album Take Me Apart featured singles “LMK”, and “Blue Light.” She has been headlining shows since then. http://kelela.co/
Mavis Staples (Rock Stage, Sunday) – Mavis Staples is making more news now than ever before. Her latest album is If All I Was Was Black. Staples has been honored by the Kennedy Center and has been inducted into the Blues Hall of Fame. Staples has toured with Bob Dylan. She is a living legend and a force to be reckoned with. https://www.mavisstaples.com/
Snow Tha Product (Rock Stage, Saturday) – This California hip-hop artist has been headlining for years and has established herself. She released her full album in 2011, and an EP in 2016. She has been releasing mixtapes since. Her latest single is “Myself.” http://www.snowthaproduct.com/
St Vincent (Scissors Stage, Sunday) – Annie Clark is an extraordinary guitarist and singer-songwriter. She has worked with David Bryne and released 5 studio albums including Masseduction. Her singles include “New York”, and “Los Angeles.” http://ilovestvincent.com/

Posted in Previews Tagged with: Grandoozy

8 Artists to See at  The 3rd Annual Loud Women Fest

8 Artists to See at  The 3rd Annual Loud Women Fest
The Dome, Tufnell Park, Boston Music Room
London, UK
September 15, 2018
https://loudwomen.org/fest/
Zand – Zand is pop rock with an “in your face” realism as evidenced by their video for “Boy Like U” – https://www.youtube.com/watch?v=57iO6yK7150
https://www.facebook.com/ihatezand/
Sister Ghost – Shannon Delores O’Neill leads this 4 piece band which can be hard punk to lyrical songwriting. https://www.facebook.com/sisterghost/
The Franklys – This 4 piece is more mainstream akin to The Pretenders meet The Strokes. http://www.thefranklys.com/
The Menstrual Cramps – This 4 piece punk band is in your face with their debut album We’re Not Ovaryacting. We first heard of them last year and are waiting for the world tour. https://www.facebook.com/TheMenstrualCramps/
Grace Savage – Grace Savage released Control Freak, a follow up to her popular Savage Grace EP.. She is one of the hottest new artists emerging today. See FEMMUSIC’s interview with her. https://gracesavageofficial.com/
Wolf Girl – This London 4 piece released a 7″ in 2017 featuring “Moody.” This pop band is prolific in releasing material steadily since 2014. http://www.wearewolfgirl.co.uk/
Pussyliquor – PussyLiquor – PussyLiquor is a 5 piece rap & punk band from Brighton. They are led by the vocals of Ari Black. https://www.facebook.com/pxssyliqxor/ See our interview with them at http://femmusic.com/wp/index.php/2017/08/31/pussy-liquor/
Ms. Mohammed – We previewed Ms Mohammed last year as part of the Matchwomen’s Festival – Ms Mohammed is another facet of Dana Jade. A reaction to the anti-Islamist Brexitreactionaries she strikes out with an anthem called “Alibi.” http://msmohammed.com/ 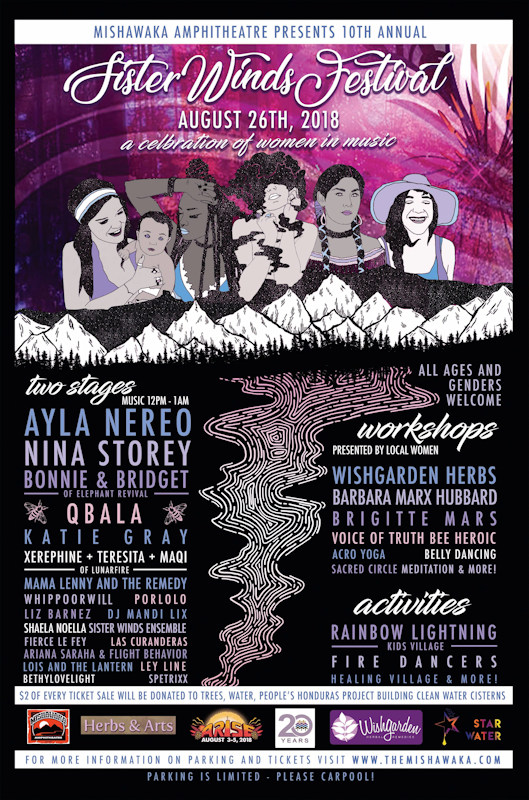 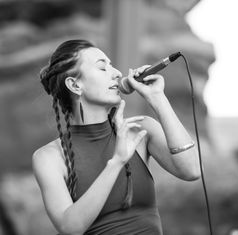