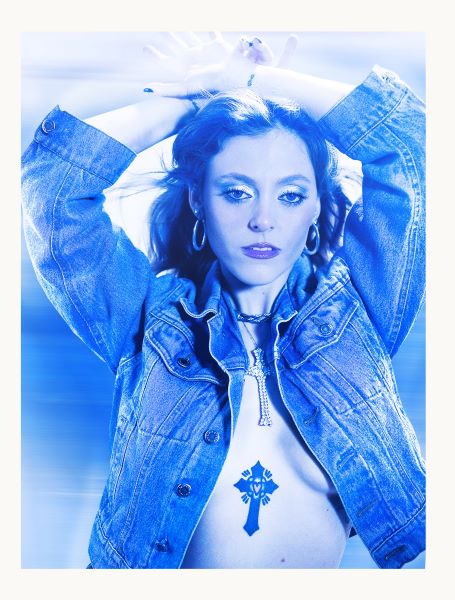 YOUR ANGEL — the project of LA-based singer, songwriter and producer Maddy Boyd — is revealing the music video for her new single, “Misbehave.”

Inspired by 90s romcoms and Sex and the City, the “Misbehave” visual is a playful, feminine wonderland. While the song was inspired by the early days of her relationship with her boyfriend, the music video is an ode to the female friendships that empower and lift us up as we navigate falling in love.

“We had a crew of mostly women which made bringing such a femme video to life very natural,” says Maddy. “We filmed the video in 3 days and we had to finesse a lot of it as we had big ideas but a small indie artist budget. For example, the restaurant scene was filmed in a fast food burger place that let us use their space for free. We spent hours putting up wallpaper and decorating it to look cute. It took a lot of hard work and very kind people lending their time and skill set to pull this video off.”