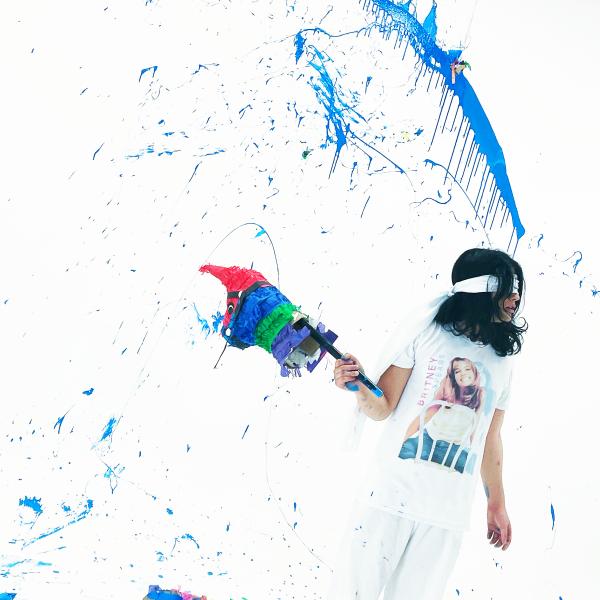 underscores sets forth on a wildly creative new era with today’s release of her volatile new single, “Count of three (You can eat $#@!),” available now via Dog Show Records and Atlantic Records. Produced by underscores, Cashmere Cat, and 100 gecs’ Dylan Brady.

“‘Count of three (You can eat $#@!)’ is my never-meet-your-heroes song,” says underscores, “not pertaining to Dylan Brady or Cashmere Cat or Benny Blanco though, they’re all great. On a deeper level, it’s a song about my fear of parasocial betrayal — a celebrity’s wrongdoings affecting a fan in an emotional way, despite them never interacting with each other.”

underscores – a.k.a. Devon Karpf – started making music while attending middle school, noodling on GarageBand alone in her San Francisco bedroom. A steady stream of one-offs via SoundCloud endeared her to like-minded artists and a burgeoning community of fans, but it wasn’t until the release of her 2017 EP, skin purifying treatment, that the project stepped out of its solitary origins and began to capture the attention of a much larger audience.