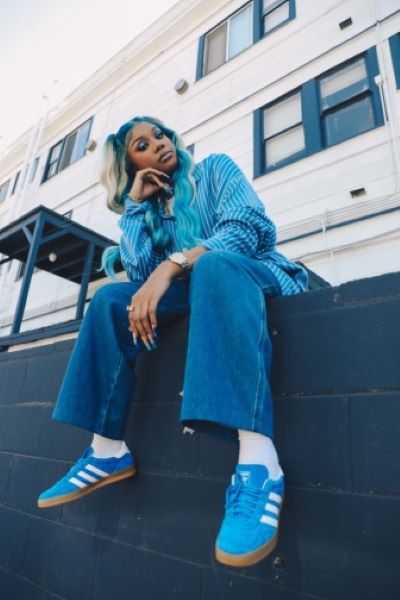 “Topic of Discussion” wastes no time to emerge Blu as an emissary of Los Angeles rap’s new wave as the single oozes an atmosphere of experimental sounds alongside Blu’s melodic, smooth, and hypnotizing flow.  Lyrically her themes pay homage and blanket the city of her hometown.  The Long Beach connect also aligns her with legendary rapper and fellow Long Beach native Snoop Dogg, who has publicly cosigned Shady as one to watch.

The anthem is produced by NoName in-house producer Weston and mixed by Grammy Award winning engineer and mentor MixedByAli.  “Topic of Discussion” is released via NoName Recordings/Interscope Records.

With bursts of hip-hop, R&B, and fluctuating feelings, the release is a showcase of her versatility. “I want to show I’ve got the range to vibe with anybody,” she says. As her crop of listeners grows, it won’t be long before people across the world hear her work, which will bring her attention she’s still not all that used to. “When people are praising me for my music, I get a little shy,” Blu admits. “It’s like they’re applauding a piece of my heart.”