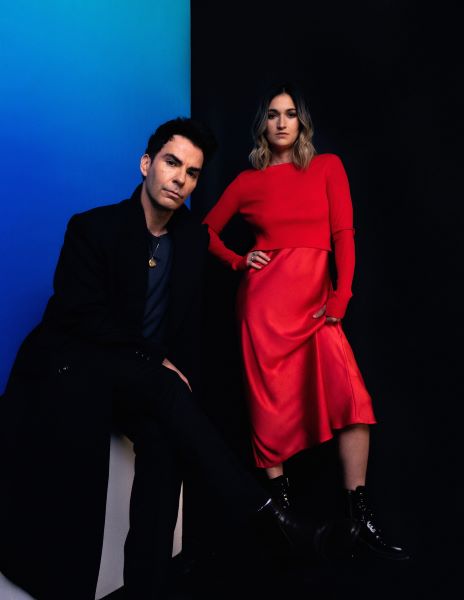 Today Far From Saints share their debut track “Let’s Turn This Back Around” along with the song’s official video. The band features the incredible talents of Stereophonics’ Kelly Jones alongside The Wind and the Wave’s Patty Lynn and Dwight Baker and the first single showcases the beautifully harmonious vocals of Jones and Lynn

The single was written and produced by the band, with mixing from the GRAMMY-nominated Al Clay (Blur, Pixies) and comes as Far From Saints prepare to release their debut album this summer accompanied with live shows later this year.

Far From Saints is a project born from a shared, unadulterated love of music and collaboration, rich with emotions, creative integrity and defined by the naturally blending vocal tones of Jones and Lynn. Together they have written an album evoking a cross-genre sound, spanning country, rock, folk, and Americana.

Their first offering – “Let’s Turn This Back Around” – encapsulates the group’s wide-ranging influences along with the undeniable vocal harmonies of Jones and Lynn. It is a country-tinged song that ruminates on loved ones left behind; Lynn and Jones trade verses from opposing perspectives. But as the song is elevated from sparse Americana into a richer, string-laden crescendo, both their lyrics and their harmonies show the strength that comes with a partnership that surpasses that of the individual. “It was important to us to have both perspectives in that song,” said Lynn while Jones adds, “‘Let’s Turn This Back Around’ particularly lends itself to being a duet.”