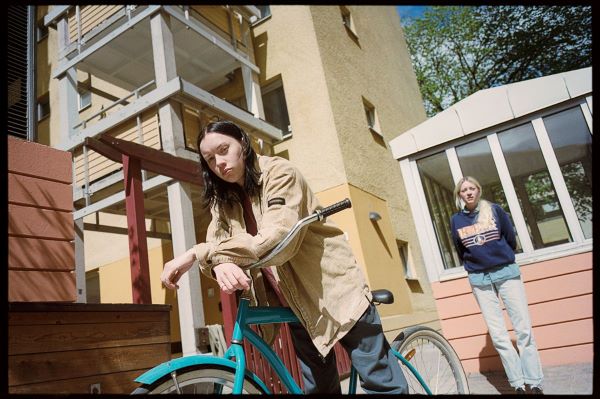 7ebra is the new project from 25-year-old twin sisters Inez and Ella from Malmö. Inez plays electric guitar, Ella plays a keyboard, organ and Mellotron – whilst also playing drum samples with her feet – as they both sing haunting harmonies, in a way that only twins can. Beautiful but punk, minimalist but epic.

Originally starting as a solo songwriting project by Inez, her sister Ella eventually talked her way in: “I was nagging Inez for a while that I wanted to play with her, do some harmonies on her songs, add some piano and melodies. She resisted for a while, but eventually she gave in, and was like ‘okay fine.’”

“I had a show coming up at Tambourine Studios, but it felt a bit boring to do it alone. Ella was the best and obvious choice-  even though it took a while for me to realise” laughs Inez.

“I wrote the song last summer, and it’s about being thoroughly unimpressed with loud and obnoxious people. Especially rich people with big houses, who I’m absolutely not at all secretly jealous of.” Inez