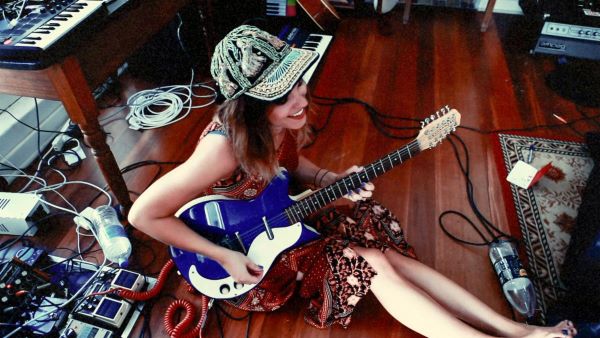 Today Melody’s Echo Chamber the project of French musician Melody Prochet, shares the newest single “Norfolk Hotel” off her upcoming LP, Unfold the lost follow-up album to her self-titled debut Melody’s Echo Chamber, which includes seven rare and unreleased tracks. The album will be released alongside the 10th-anniversary edition of Melody’s Echo Chamber, both albums to be released on September 30th via Fat Possum Records. It’s a hypnotic and sometimes hypnagogic adventure of the senses, full of summary, shimmery songs that still sound as dreamy and vivid as they did a decade ago.

On “Norfolk Hotel” Melody shares, “I think this song soundtracks the metamorphosis experience, those spellbound waves and rhythm shifts, I remember I wanted the music to transcend into those psych jazz waltzy choruses, with rains of bass and spidery drum rolls. I guess the finale’s crumble kind of predicted the future ruin field. the music naturally recorded as a live duo, as I was just blossoming into my own intuitive guitar playing. A very joyful and endlessly inspiring playground of musical memories.”