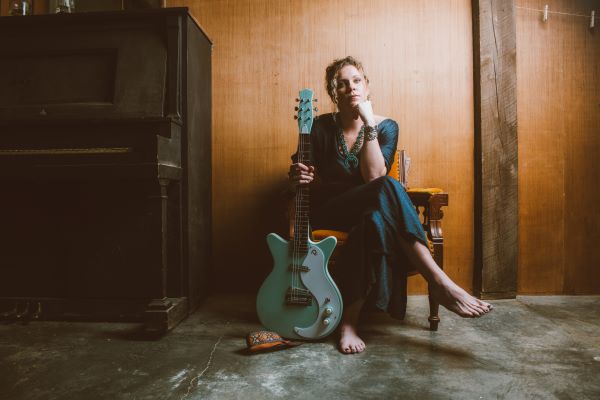 Nicole Lund is the frontwoman of the band bearing her name, lund. Lund’s journey to her album, Right This Time, has taken her to all areas of the music business. She is classically trained, under an opera voice professor when she received her degree in Music Industries Studies.

She’s spent the last decade in management and booking bringing her contact with Derek Trucks, and Tedeschi Trucks Band. These relationships helped make the band and the album, Right This Time. On the album you will find Paul Olsen on guitar, Dave Yoke on guitar, Brandon Boone on bass, Isaac Eady on drum. Brandon Townsend is her longtime collaborator. 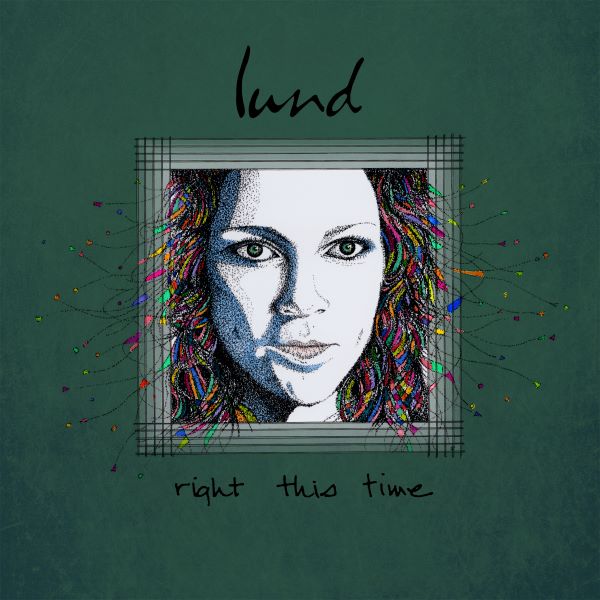 Right This Time dives into multi-genres led by Lund’s layered and compassionate vocals. On the title track, Lund has a yearning in her voice that reflects the vocals.

In “Don’t You Leave Me” is changes to a strong driving force for this blues song.

“Paper Tiger” is a blues rock song where Lund goes hazy and psychedelic.

Right This Time was released last week and should be playing on repeat on a playlist now. Find out more here.

FEMMSUIC: What was the biggest challenge making Right This Time?

NL: The biggest challenge for me is always finishing a song and saying, it’s done. Luckily, with Falcon’s help, he really helped reshape some of the tunes in the studio and we all just knew that they were complete then and there. The second most challenging aspect was probably all of the logistics gearing up for the recording and getting the musicians scheduled and rescheduled due to Covid. Once we all got there it all came together very naturally, we were really lucky!

FEMMSUIC: What were your goals with the album?

NL: To finish it haha, seriously, this has been a work in progress for many, many years. I recorded an album before, back in NYC, but didn’t feel like it was good enough to be put out in the world. That was not easy, but I feel like if you’re going to release music, you have to stand by every aspect of it. My goal was to put out something that we felt passionate about and that was vulnerable, something that people could connect to and feel. We truly feel that’s what we’ve done with Right This Time.

FEMMUSIC: Tell me about Tyler “Falcon” Greenwell. How did you meet him? What made you decide he should produce the album? How was he to work with?

NL: Oh Falcon, he is such a gem. I’ve known him since he was with the Susan Tedeschi Band. When he joined Tedeschi Trucks Band, I started to get to know him more on a personal level and a few years ago, I heard from our mutual friend, Dave Yoke (Susan Tedeschi Band, Dr. John, Scrapomatic), that Falcon was looking for new, undiscovered talent, so I reached out to him. My guitarist, Brandon Townsend, and I were still finishing up demos but Falcon was like “just send them my way as they are right now.” After a few conversations, I knew right away that he was the guy to do it. We have many of the same musical influences and I really trusted that. I also knew that, unlike my last record, I would have a voice and if things took a turn, I’d be able to speak up. Falcon was amazing to work with, he just has the most positive, upbeat attitude. He’s a super sweet guy who is very humble. There were no egos in that room when we recorded and that was huge.

FEMMUSIC: You’ve had years of experience as a manager & booker, and more. What made you decide to step in the spotlight as an artist?

NL: Music and singing have been my passion since I was a young child. I always yearned to be on stage and perform but it didn’t come naturally to me. I spent years studying and learning while watching other performers but realized that, hey, I need to be focusing on my music and my writing. Instead of prioritizing other people’s music, I needed to work on my craft…so that’s what I did.

FEMMUSIC:  On a similar vein, What lessons did you learn NOT playing music and in the business, that prepared you to do the album?

NL: I think it really helped following along with the Derek Trucks Band when they were still starting out. They had been on the scene well before the time I started seeing them, but they were still playing the club scene and smaller venues. Seeing how they carved their path and being involved with that side of the business was definitely very instrumental in how I prepared myself musically and strategically for this record.

FEMMSUIC: Can you describe your songwriting technique?

NL: I typically write most tunes without any instrument, just vocalizations. The melody usually always comes first and then I’ll scat it out until words form. Then it kind of becomes a puzzle! Sometimes if I have a good line, I’ll start there until I get the melody. Then once the song structure is mostly together, I’ll bring it to my guitarist Brandon Townsend and he’ll add the music.

FEMMSUIC: What one thing would you like to change about the music business?

NL: That there would be more opportunities for new and upcoming musicians with smaller followings.

NL: Oh you know, we don’t always get taken seriously, and that can be extremely frustrating. We have to speak louder to get heard sometimes. I try to exude confidence even when I’m feeling completely out of my comfort zone and I speak my mind and don’t allow others to walk all over me.

NL: Just one?!? That’s a tough one. Okay, in this moment…Bonnie Raitt comes to mind. “I Can’t Make You Love Me” has been repeated many a time. Not only are the lyrics so relatable, but she also has this way of grabbing a hold of your soul. When a song touches you in a way where emotions can’t be controlled, that’s it! That song is so tender and so effortless. When writing and singing my music, I wanted that vulnerability…those emotions to come out. Bonnie most certainly taught me a lot about that!