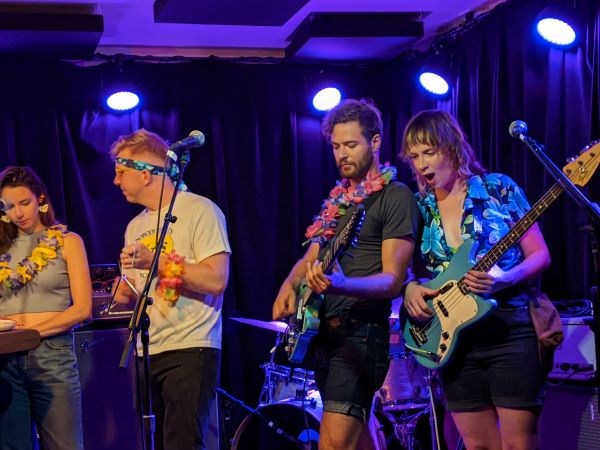 FEMMUSIC is always about spotlighting women artists. As a surprise to no one that frequently means looking at the opener. In August we saw 3 acts who were miles above the headliner. They are local, international & national artist.
Knuckle Pups – We’d heard great things about this 5 piece. They came to the show prepped for a party with beach balls and leis. From the get go this band rocked and had fun including bringing their manager on stage to play triangle. There were 2 big disappointments that night. 1. The headliner didn’t stand a chance after Knuckle Pups set. 2. It wasn’t a sold out show. This local band is critically acclaimed but needs to build a fanbase. 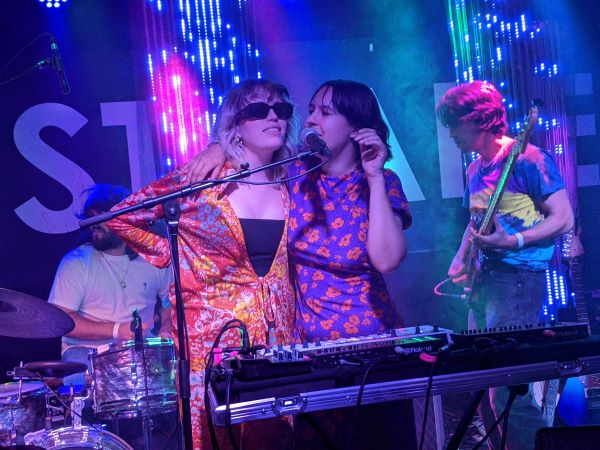 Petite Amie – This is a Mexican band with a French name. They just completed their first US tour. The headliner paled in comparison to this act who brought energy and smiles. They had a few technical issues which they played through with bravado. As the set progressed they got more wound up. They will dominate as a headlining act. 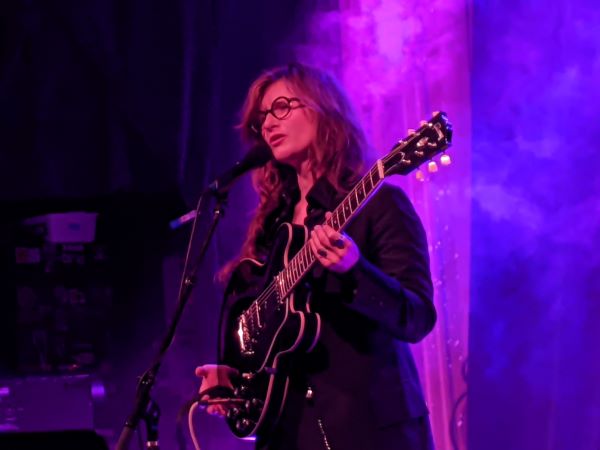 SG Goodman – We first saw her opening for Madison Cunningham. On that tour she had a full band. Last night we saw her solo. Goodman says she is an introvert and touring and meeting people causes her anxiety. You can’t tell. On stage she projects a self confidence and swagger. Her stagechat is vitally important although she could play a lot more songs without it. Goodman has 2 albums out. She is blunt and honest. Her songs are heartbreakingly majestic. She is destined for a shelf of GRAMMYS.
Sincerely,
Alex Teitz
Editor-In-Chief
FEMMUSIC
September 1st, 2022