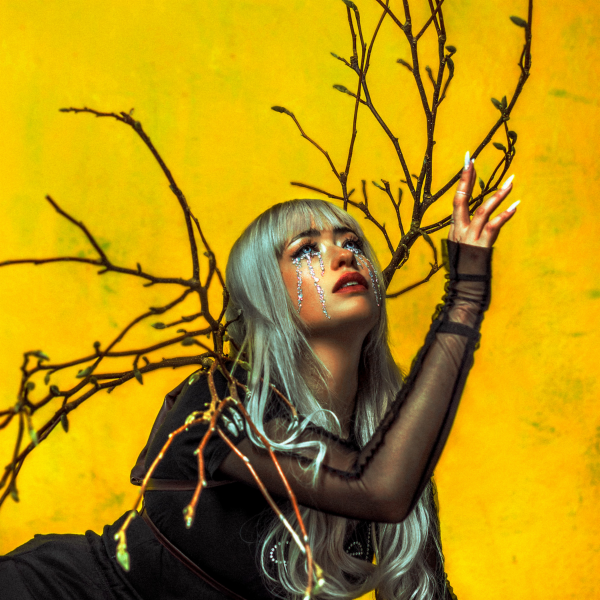 “Touch The Sun” is taken from Cryalot’s debut Icarus EP out August 26 via AWAL and grounded in the Greek mythology of Icarus, son of the master craftsman Daedalus.

The second single from the enigmatic Sarah Bonito’s new project, “Touch The Sun” is a colorful, ethereal track pinned down by absorbing hyper-pop electronics and delicate vocals. Once again produced by Jennifer Walton, the track crystallizes the intense dichotomy that exists within the Cryalot universe with the trippy self-directed accompanying visuals providing further stark contrast to striking debut single ‘Hell Is Here’.

“Touch The Sun is about the feeling of being invincible and the unshakable belief that you can overcome any difficulties,” shares Sarah on the track’s, “It depicts the beginning of the Icarus story; celebrating the courage when he decides to take flight, the excitement of breaking free and knowing that leap of faith is worth all the risks.”