Georgia Fields – Holding My Hands Out 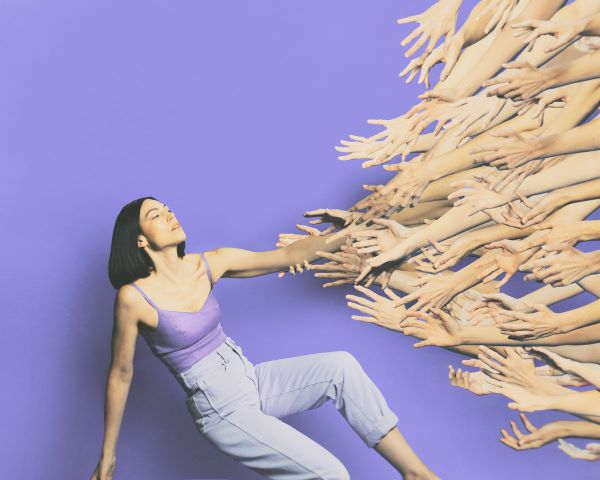 A magnetic showing of fearless art-pop and searing vulnerability, “Holding My Hands Out” marks another sublime insight into Georgia’s upcoming third full-length album Hiraeth. The new track is accompanied by a bewitching, kaleidoscopic music video – in which we see Georgia ominously expel moths from her mouth – firmly reflecting thematic notions of rebirth, and the dark depths of the subconscious.

“It’s a song about that primal desire we all have to be held. It’s about reaching your hands out for comfort, but grasping at shadows. From a songwriting perspective, I was inspired by the simple yet anthemic choruses of artists like Sarah Blasko, Weyes Blood and Sharon van Etten. I was also hugely impacted by the novel Islands, by Australian author Peggy Frew. There’s something about Peggy’s writing that cuts straight to my heart – I’ve found all her novels deeply affecting. Holding My Hands Out is partly written from the perspective of her character June, as well as June’s mother, Helen.”