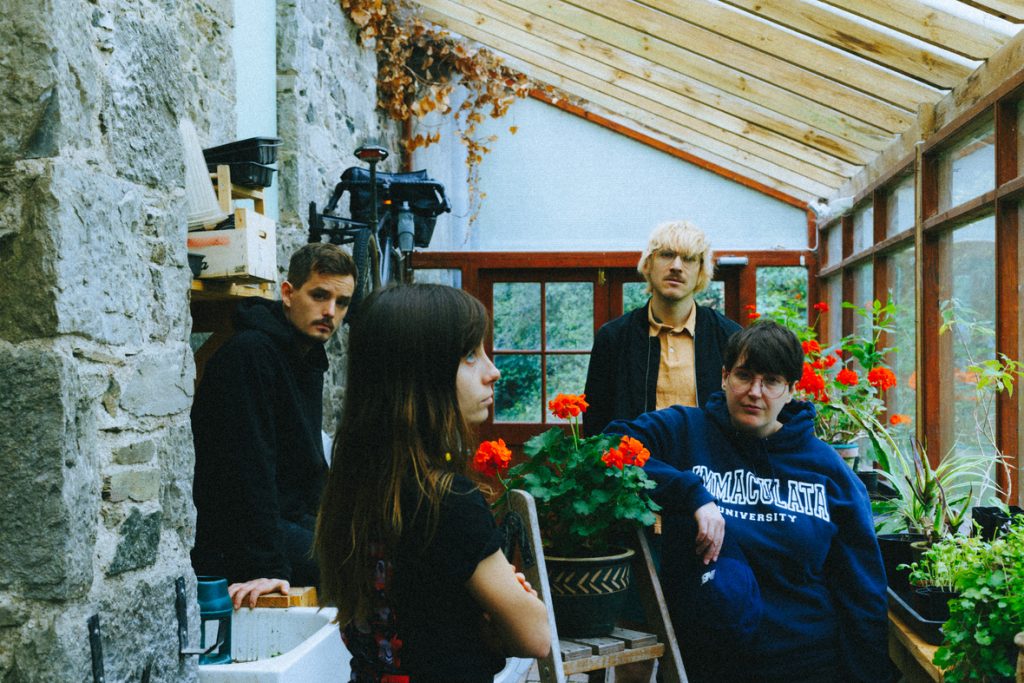 Petrol Girls announce the June 24th release via Hassle Records of their third full-length studio album Baby today. The announcement follows the release of their pro-choice banger, “Baby, I Had An Abortion” and the bandcamp-only single “Fight For Our Lives,” a track which honors the global movement fighting against femicide and gender-based violence. Both blazing cuts appear on the forthcoming full-length.

The latest taster of Baby comes with new single “Clowns.”

Says vocalist Ren Aldridge: “Clowns really showcases the vibe & musical direction of a lot of the record. It’s playful, a bit unhinged and built on a repetitive riff. It was so much fun to write together.” “Clowns” began with a lot of comedic placeholders riffing on “Stuck in the Middle With You” by Stealers Wheel (“We are the clowns from the left / But they ain’t joking on the right”) that ended up staying in. “I was like, wait a minute, I can actually just rewrite these lyrics and make them fit this with a political twist on it,” Aldridge laughs. “It started off as a joke, but I do actually think there’s political weight to what I’m trying to say there.”