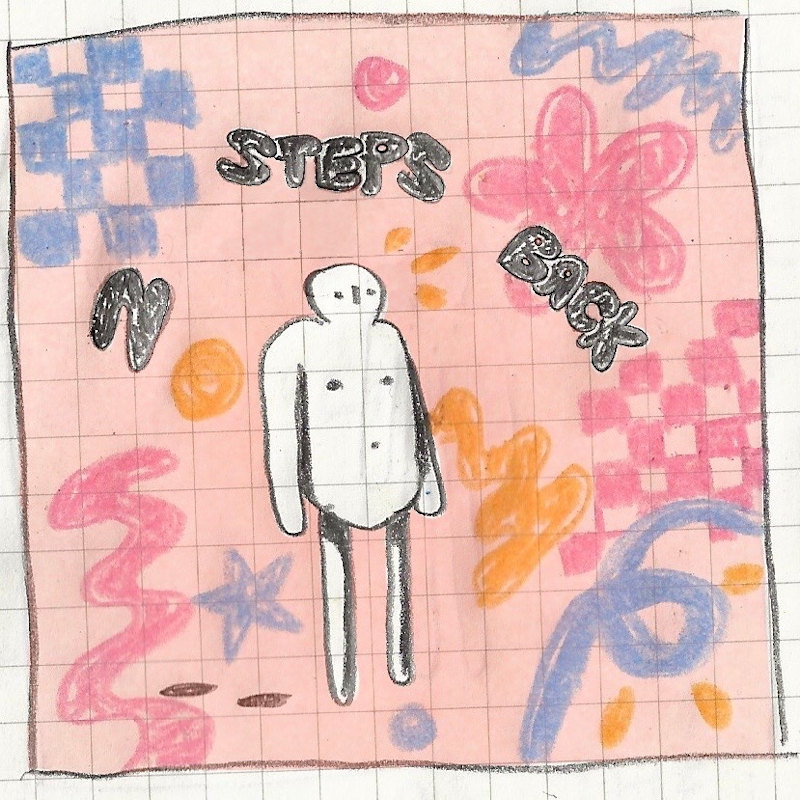 Julia Bhatt’s 2020 started great. She turned 18 in January and graduated high school in February. In March the world changed and her first tour was postponed to 2021. Now she is releasing 2 Steps Back, a 4 song EP out October 23. The EP has three older songs and the new song “Vampires Suck.” In September Madyn Garretson animated her song “Bird Girl”

Bhatt comes from Miami. Her music has a playful side mixed with retro rock as shown by “I’m Cool.” For info visit https://www.instagram.com/juliabhatt/

FEMMUSIC: What was the biggest challenge making the 2 Steps Back EP?

JB: Honestly, it wasn’t too difficult to pull together since 3 of the 4 songs came out already, and the new one I’ve had in my back pocket for a while.

FEMMUSIC: “Vampires Suck” is the new song on the EP. How did that song develop? How did it make the cut for EP vs other songs?

JB: I wrote the song in 15ish minutes after a dare. You know, how the best songs form. It’s a really fun song. The lyrics are crazy and the music is catchy. It was kinda a no brainer.

FEMMUSIC: The video for “Bird Girl” came out recently. This is an older song, and not on the EP. Can you tell me how that song developed?

JB: Bird Girl is actually the most recently written song of all of them. I was in my emotions and wanted to not be, so I wrote a song about a world where I can jet set and nobody notices.

JB: I don’t really have one. Usually, I try to put some chords together into a fun melody so I can write to it. Lyrics just kinda come out. Not much of a premeditated process.

FEMMUSIC: Tell me about Elliot Jacobsen & Mike Tuccillo. How did you meet them? What did they bring to the project?

JB: I met Elliot through my music lawyer, Janine Small. We hit it off right away and creatively, we mesh well. He introduced me to Mike and almost everyone else I now know in the industry. He helps me interpret the non-cohesive thoughts I have about the music into actual words and sounds. He knows the technical side of the music world so he helps me channel the creativity I have into something tangible.

JB: That’s a hard question. A lot of songs and artists have influenced me. Maybe, of all time, it would be “It Had To Be You” (I like the Harry Connick Jr version.) because my parents used to sing it to me before bed and it kinda shows how, even from a young age, I was introduced to all kinds of music that I still listen to today.

JB: I mean, as a kid even, it’s hard to play with the big profesional people. I have a sense of professionalism for sure, but I’m blunt and I say what I mean. I’m taken aback by how little people say upfront, and how much there is in between the lines when it comes to contracts and agreements in the industry. People are ready to take advantage of anyone.

JB: I love Julian Casablancas, whether it’s The Strokes, The Voidz, solo stuff, so he would be sick to collaborate with. Very creative dude. Maybe also someone like Tame Impala or the Neighbourhood. They’ve repeatedly come out with cool different shit. I’d very much like to be a part of it.

JB: As I said before, I wish people were less formal and more honest. We’re (mostly) all creative people trying to make music and have fun. I wish people wouldn’t take things as seriously and just let the music talk. I don’t know if that makes sense.