Concert for Love and Acceptance 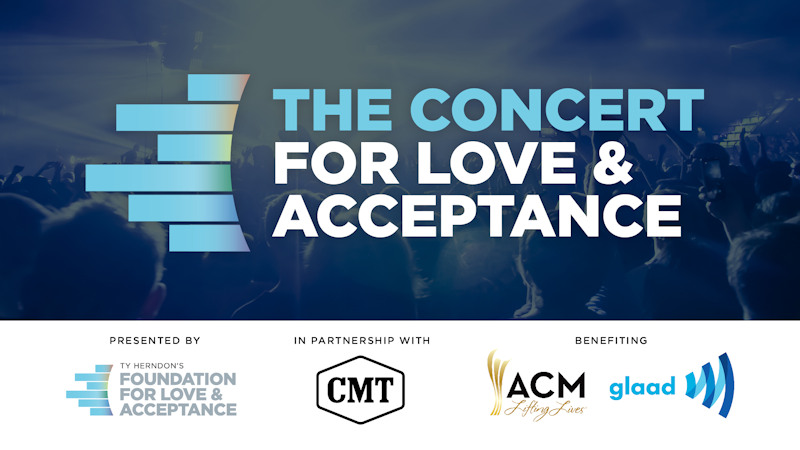 The 2020 Concert for Love and Acceptance is presented by The Academy of Country Music’s charitable arm ACM Lifting Lives®, CMT, GLAAD, and country music star and philanthropist Ty Herndon. Produced by Herndon’s newly formed charitable foundation, The Foundation for Love & Acceptance, the event will be co-hosted by Emmy and Tony Award-winning actress and singer Kristin Chenoweth and CMT’s Cody Alan, who has hosted the event alongside Herndon since 2017.  GLAAD and ACM Lifting Lives® are the beneficiaries of event proceeds.

“Now more than ever, it’s so important that young LGBTQ people see the artists and musicians they love standing up for them. Since we began this event in 2015, it’s only been about love and acceptance, and we’re not about to let this COVID virus distract us from sending a message loud and clear to LGBTQ youth: you’re perfect just the way you are,” said Herndon.

GLAAD and Herndon created the first Concert for Love and Acceptance in 2015 shortly after Herndon became the first male country artist to come out as gay.