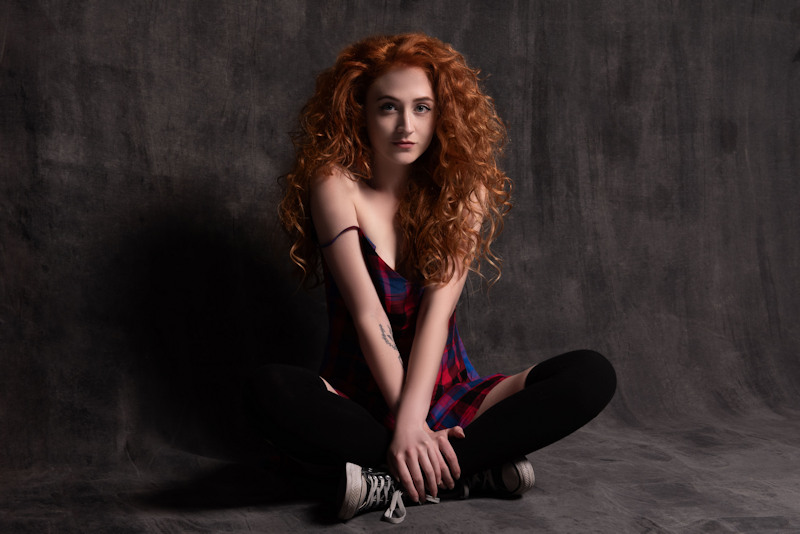 When we first heard of Janet Devlin in 2014 she was already famous. She’d hit a stride by being on The X Factor in 2011. Her album Running With Scissors marked her American debut. What wasn’t known then was how much turmoil Devlin was going through. On June 5th Devlin with release Confessional, her new album and My Confessional, a book. Both are bluntly honest about how she has put her life back together. In March Devlin released her song “Away with Fairies” about her alcoholism.

It coincides to a chapter in the book. It appealed directly to me and my own sobriety. It also spurred doing this interview. Devlin has been revealing more of the album and the book on her YouTube site. Devlin is in her 20’s and has already lived a lifetime. As she begins this new chapter in her life, and reveals everything we applaud her for her honesty and bravery. For info visit https://www.janetdevlin.com/

FEMMUSIC: What was the biggest challenge making Confessional?

JD: Probably making the concept and album run together smoothly. I might have written the best song for the topic but it may have been the wrong mood for its place in the album running order. This ended up with me writing around three to four songs for each chapter.

FEMMUSIC: Tell me about Jonathan Quarmby. How did you meet? What made you decide to have him produce the album?

JD: I’d been in chats with his management company organising writing sessions with their acts/producers. So they hooked up a session between the two of us. What solidified him producing the record for me was receiving one of our writing demos back. He totally unlocked where I wanted to go with the contemporary but Irish feel of the record.

FEMMUSIC: Confessional is both highly personal and a big collaboration. Can you tell me about your vision for the album?

JD: I wanted to have an album that was reflective of my life. It spans just over a decade of the ups, downs and afflictions that I’ve lived through. I wanted to make an album that would allow people to get to know the real me. As a lot of the stories take place when I was living back home in Ireland, I wanted it to have that present in the sound.

FEMMUSIC: Tell me about My Confessional, the book. How did that come about? What was the biggest challenge doing it?

JD: Well I wanted to still make a relatable album but a lot of the topics were too heavy. So I figured that by writing a majority of the topics in a metaphorical manner, they would still be relatable to others. But as I wanted to confess my own “sins”, I figured the book was the best medium to do this. I would be able to tell people the whole truth but do so in my own voice.

FEMMUSIC: Your video, My Alcoholism – 5 Years in Recovery, is a stark admission of your worst days. How did going into recovery change you?

JD: Well, for starters, to made me sober ha! But in all seriousness it made me feel so much less alone. When you carry around years of isolation, shame and self-loathing, to know that other people have not only gone through it, but had come out the other side was amazing. So that feeling of community really made me so much happier and feel like more of a member of society.

FEMMUSIC: The music business is not designed for sober people. Beyond the tales of sex, drugs and rock and roll, to be a successful artist means playing in venues that serve alcohol. What coping mechanisms have you developed in playing live?

JD: The “music industry” is such a blanket term. The sex, drugs and rock ’n roll of the eighties is few and far between nowadays. Most of the musicians I know tend to do most things in moderation… which I was very disappointed to find out about in the days when I was looking to get wrecked! I can only speak for myself here but I’m in no way bothered by being in pubs, bars or venues, which may be because I did very little of my drinking in public. So I actually don’t have any coping mechanisms because I don’t need them – this may not be the case for others though.

JD: It’s actually probably more of a soundtrack. When I was seven or eight my parents bought me the soundtrack for “O Brother, Where Art Thou?” And honestly, life’s never been the same since! It’s shaped my writing style but it also means that almost all bluegrass music gives me such a beautiful, nostalgic feeling.

JD: I honestly don’t think I’ve ever faced any – thank the lord as I know it’s real and prevalent for many! If I have, I’ve clearly been too naive to notice!

JD: Oh gosh, the dream would Chris Stapleton! He is just my musical hero and to do anything with him would be an actual dream come true.

JD: The competitive element that some try and enforce. I’m just out here making the music I want to make, and I’m just trying to have fun doing it. I don’t need someone to try and compare me to another act who’s doing “better” or just doing something similar. It’s a hard enough industry to be in without the scarcity complex being falsely enforced!