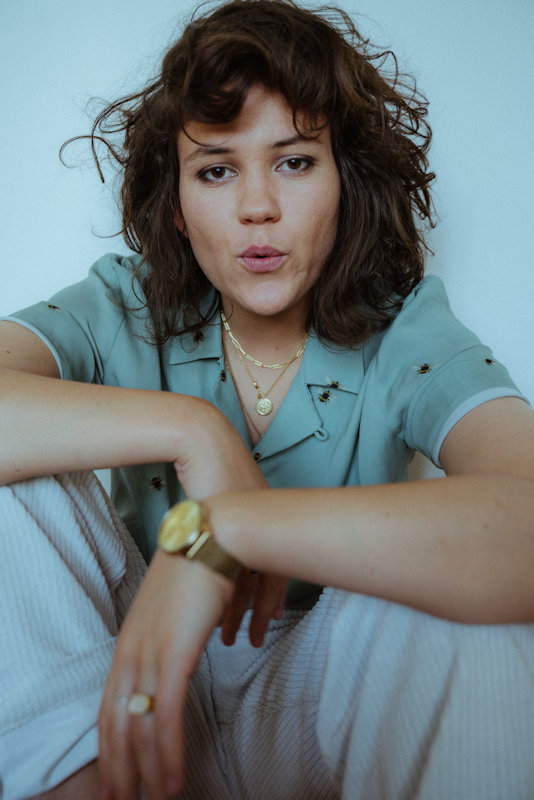 Fay Wildhagen is a singer-songwriter, producer in Norway. She was nominated for Spellemann (Norway’s Grammy) both as indie and producer of the year for her sophomore album Borders. She recorded her new album in November 2019. It is a live album. The album has a string section, minimalist quality, and a collaboration with Ane Brun. The latest single is “Life of Pi”

FEMMUSIC was glad to present interviews with both Fay Wildhagen & Ane Brun this month. For info visit https://www.faywildhagen.com/

FEMMUSIC:  What was the biggest challenge making Leave Me to the Moon Live?

FW: Time and the amount of people! We just managed one hour rehearsal with everyone, Kristoffer Lo and I wrote scores during the night in the week leading up to the recording. I remember I worked 14 hours a day that week and it still wasn’t time. But I think that’s the perfectionist in me. When is it okay to be done? When is a score good enough? So it was really changeling to let go; trust my instincts and gut;  make quick decisions;  and trust the amazing band I gathered.

FEMMUSIC: Both Snow & Borders are studio albums. What made you decide to live album?

FW: I feel all songs have so much potential to be explored, like when artist cover other artists. You see the songs in a new light and experience them differently. Maybe they suddenly get a new meaning? I wanted to explore my songs this way. Try to find their core and find their potential to become something new. There’s also a huge part of me who loves the old school way of music recording. Not sending midi on email to each other, but playing in the same room. Look at each other, interact, create, improvise and forget the outside world.

FEMMUSIC: Tell me about working with Ane Brun. How was she to work with? How did you approach her with the project?

FW: I sent her a DM on Instagram and bluntly asked if she wanted to join. She is so easy to work with. Respectful for the music, open minded and you can sense her experience of doing this for a long, long time. I feel so thankful that she wanted to share her voice and experience with me. I’m still wondering if it actually happened.

FEMMUSIC: COVID-19 has changed everything. How have you approached it? Have you found any new outlets during it?

FW: I just moved out into the forest. Going to build a studio here and work, plant seeds, watch the garden grow, write new music, learn more about myself and the world we live in and read.

FW: “Bad in each other” by Feist. It just blew me away, and I remember thinking – this is what I want to do.

FW: Being believed and acknowledged that I actually produce my own stuff, write my own scores, program the drum grooves and edit the vocals.

Especially by the press, which is strange. I have never felt being a woman has limited me in any way before so it came as a huge shock to me. I didn’t know what to say and it slowly made me so angry that I just blew it out on the radio at one point, started to talk about it and discuss with others. A lot of women have come to me asking for gear tips and so one, which is super cool. Things are changing and it feels encouraging to be a part of that change and “lead the way”.

The producer of the year nomination by the Norwegian Grammys really meant a lot to me. Felt like I was believed for the first time (sick that it had to come to that!) and felt like a good-job-pat-on-the-back.

FW: Bon Iver. I think we could make real magic, but that’s a dream I don’t think ever will come true and that’s ok. haha:)