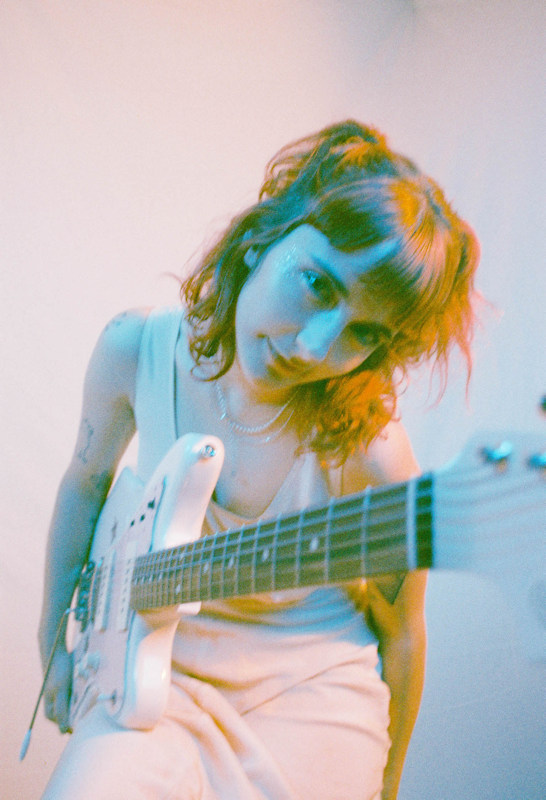 Winter resides in a place between psychedelic, surf and pop. It is a colorful place filled with ecstatic emotion. Winter is getting ready to release their newest album this July called Endless Space. It is their first album on Bar None. The title track was released today

Samira Winter is the leader of the band. Originally from Brazil she moved to California. The band has origins in Boston and has grown in style and presence over the years. One of their pop tunes from 2017 was “Jaded”

FEMMUSIC was glad to catch up with Samira in this pre-COVID-19 interview. For info visit https://www.facebook.com/daydreamingwinter/

FEMMUSIC: What was the biggest challenge making Endless Space?

SW: I would say mixing was the biggest challenge. There were a lot of different stages to the mixing process; first, Ian Gibbs (who recorded and co-produced the record with me) mixed all the tracks. But we still felt like they could be taken to the next level. Then we went to mix with Pat Jones at who helped smoothen out any of the harshness and bring in a fuller sound to our home recordings. It was hard because there were so many tracks to each song so we had to find a good balance of bringing to the front certain sounds and letting other sounds serve more as a textural base. Sometimes making those choices was stressful since Ian and I would get fixated to our ideas of what needed to happen. I would say that whole process was challenging but worth the battle in the long run.

FEMMUSIC: What was different in your approach to this album vs your prior ones?

SW: Well it felt like a singular experience overall. The record definitely documented a moment it time. Ian and I started working together and had a really strong musical connection. I would go to his house, show him my demo and then start with drums, then bass and further on layering the song. It always really clicked. We would spend a day or two completing a song. Then more time would pass and I would bring him another song. Looking back I definitely think there was something magical in the air where it just felt right to be working on those songs with him and in that musical style. This record will probably be the most “psych” Winter will sound. I guess this record just belonged to an inspiration of that period of time and all of the songs manifested from that sonic reality.

FEMMUSIC: Ethereality was released on your own label. What made you decide to sign with Bar None for this album?

SW: Well I was looking for a label this whole time actually haha but nothing had come up that really made sense so I decided to self-release (which I highly recommend if you’ve been sitting on a record for a year). But when Bar/None came along it felt like the right fit and I was really excited to have that kind of community and support. There isn’t a wrong or right way to do it, I would say it’s a very personal choice and it depends on your needs/priorities at the time.

SW: “Pure Magician”. It’s the last song off the record but I just really like the vibe of it. It’s the most “shoegaze” and maybe one of the darkest “vibes” and I’m just really happy with the production and how it turned out. I also wrote it based on the magician card from my tarot deck so it’s just a magical song overall.

SW: My usual technique is I’ll have a melody idea, then find a progression and then demo it with drum machine and bass and lead guitars or whatever it needs. I try to demo it as the fullest song it can be but then I’ll eventually bring it to a producer and re-record (sometimes using some of the sounds from my demo) and continue the process of arranging and producing it with them. I like the style of development since it’s fun for me to bounce off ideas with someone else. The biggest thing is finding the right person to work with for the vibe of songs I’m going for.

SW: That’s a hard question. I would say “Here’s Where The Story Ends” by The Sundays is a song I’ve listened to so much and gives me so much inspiration and excitement about music.

SW: Honestly, I feel it every single day. I’ve had mixing sessions where I felt like my voice wasn’t heard and they were literally my songs and I was paying out of pocket. I’ve had times where in my own team I felt like wasn’t being taken seriously as other the male artists that they work with. I’ve had former bandmates claim that they write the songs for Winter. I’ve had a sound guy during a festival call my former female bassist stupid. There’s so many stories I could keep going for a while. But basically I’ve gone through enough where I feel I’m getting better at calling people out in the moment when it happens and having a thicker skin about it. Also I’ve gotten better about setting boundaries and being assertive about what I want. It’s still something I’m working on and it’s not easy but it’s necessary! It only makes you stronger and sometimes that anger can really fuel you in positive ways.

SW: I would love it if there were more women working in the industry in general: sound engineers, running venues, booking agents, managers, producers, mixing engineers, mastering engineers, etc. It wouldn’t allow sexism to permeate so heavily and would make the men that work in the business more accountable for their words and actions.