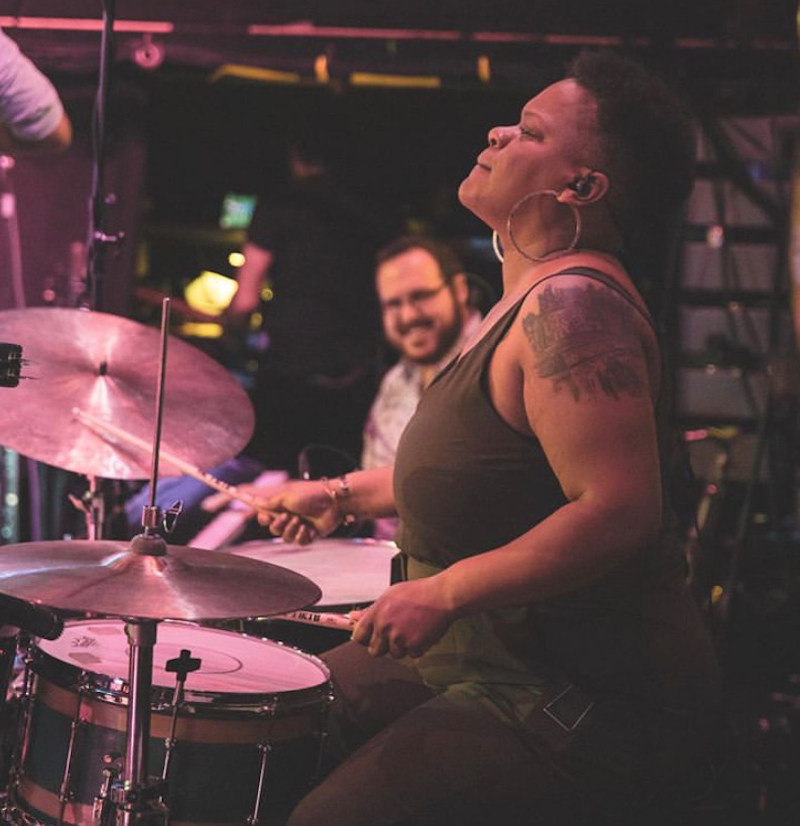 Artists worked with: I have had the great pleasure of working with many artists in Nashville and elsewhere-one of the many benefits of being a side player, is the range of artists you get to work with. I’ve played with, Jackie Greene, Ron Pope, Foy Vance, Kree

MC: I became involved in music as a child. My dad, before he passed was a trumpet player and my mom has sung in the choir my whole life. Growing up in Detroit and in back church, we were constantly surrounded by the best music. I didn’t know it then, but I could not have asked for a better environment in which to fall in love with music. I started playing around the age of 12 when my private school finally started a concert band. I do wish I would have paid more attention to theory then.

MC: Generally, my songwriting is done alone and in spurts. Often, I start by humming some melody idea that pops up into a voice recorder on my phone and come back to it as more of those ideas present themselves. Then, I will sit and try to at least figure out where it might go on the keys. I am not the best player of melodic instruments and often, this part is my hang-up. When I write with others, most times, someone in the room already has an idea that they’ve brought and we take that and play around with different movements until there is a direction that feels right.

MC: Touring can be both really amazing and extremely taxing. The hard part for me, is making sure I take care of myself by trying to get enough rest, drink enough water, and eat enough healthy food. There can also be difficulties amongst people and the many differing personalities in a band. I try to just keep my head down, do my job well, be kind, and bite my tongue when needed…unless I have to stick up for myself, which does happen on occasion. I also, try to make sure I have at least an hour or so a day to myself-whether that means taking a long walk, going to a movie, having a meal coupled with a good book…anything that is within reason for the day.

MC:  For a while, I was not doing many studio gigs. I have done a lot of live playing, having grown up in church and for a while, the thought of studio work seemed daunting in its need for perfection. Thankfully, over the last few years, I have been fortunate to have been hired by people who trust me to be explorative in the studio, which has, of course opened up more comfort and confidence in the studio. As it stands now, for the first time in my career, I have more studio things on the books than live shows. It has been a surprisingly nice change of pace.

MC: Separating projects can often be the most difficult part of being a side player. I usually try to go about it by order of importance. If I know about a gig ahead of time (perhaps, a month before), I will spend several days just listening to the music in the background, then I will take another several days and listen to all of the songs very intentionally over and again until I have them memorized, it is only after this do I sit down and chart things and make notes. I do not always have the luxury of having several weeks or months to learn music and often there are several gigs a week that I am preparing for. Usually that means I am preparing for personal, studio, and band things all at once. I try to just take one at a time and put the whole of my focus on which everone requires the most attention for that day.

MC: Being a woman in the industry can be extremely difficult, I think especially as a player. There is first the task of getting people to take you seriously. As a drummer, I realized that unless someone has heard me play, they first assume that I will be mediocre at best. Because of this, there is often the pressure to try and prove yourself. This can often take the joy out of playing until you realize the only person you have anything to prove to is yourself. There is also challenge of the fact that many artists feel like female players are taking some of the spotlight away from them. I have found this to be especially true when working with female artists. The best way I have found to combat these things, is to realize that I only want to be in situations where everyone on stage is allowed to shine. It is only then are we all free to create the best experience for the audience and ourselves.

MC: There are likely so many things that could be addressed as far as what could change in the industry. What is most striking to me now is the temptation to praise image over talent. I know this has always been a bit of an issue in the industry. But, when I think about classic music that I am drawn to, it seems that there was mostly an emphasis on the talent and the song. There seems to be less of that these days and I hope that this is something we can shift so that, if there is to be competition in the industry, it is because we are pushing each other to be innovators instead of ones who follow formulas in the name of radio play.