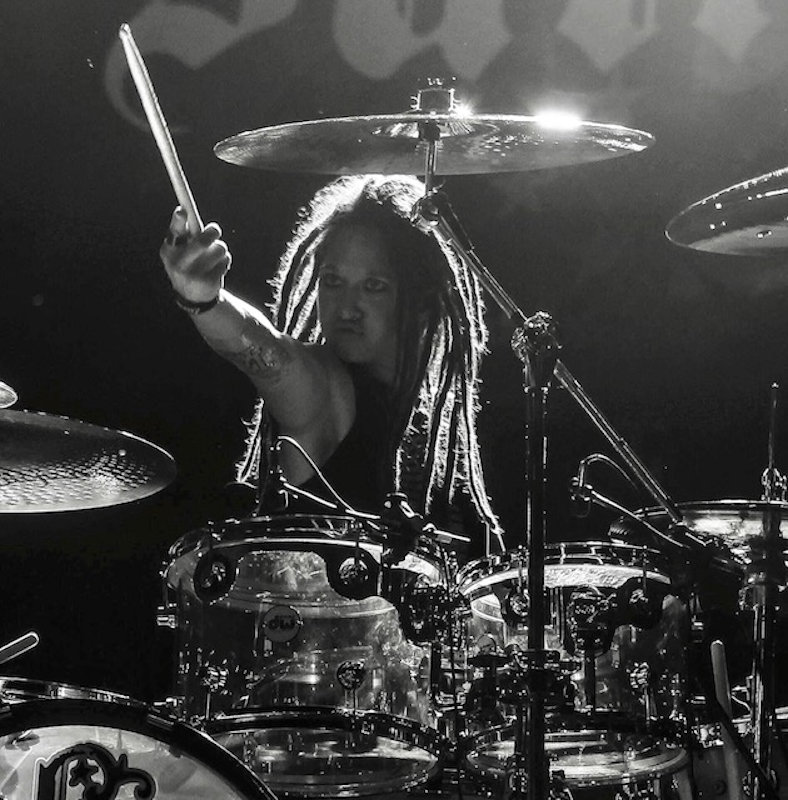 TJ:  When I was three years old I asked for a drum kit and my parents got me a Fraggle Rock kit from Toys R Us for Christmas. They didn’t know I would rip it to shreds within a year. So, I officially started drumming at age eleven in the middle school band.

TJ: My biggest challenge touring is getting a proper shower. Also, if you’re the opening act for a bigger band, would be winning the crowd over since they really aren’t there to see your band.

TJ: Not a whole lot yet, but I did record drums on Brandon Baumann’s solo project that just dropped called “Manifestation”, which you can find on iTunes, Spotify, etc.

TJ: Somehow the Universe always times these issues out perfectly for me. I’m usually able to do everything I’m asked to be involved in without them interfering with each other.

TJ: Of course there are challenges by being female compared to male. From it being not getting taken seriously at a soundcheck from city to city because I’m a chick, or that I can’t play as well as dudes because I’m a chick, etc.. It’s frustrating. In the past, I have actually stuck up for myself and have given that attitude right back to them, but within the last year, I have just ignored those types of issues the best I can and allowed my playing to speak for itself.