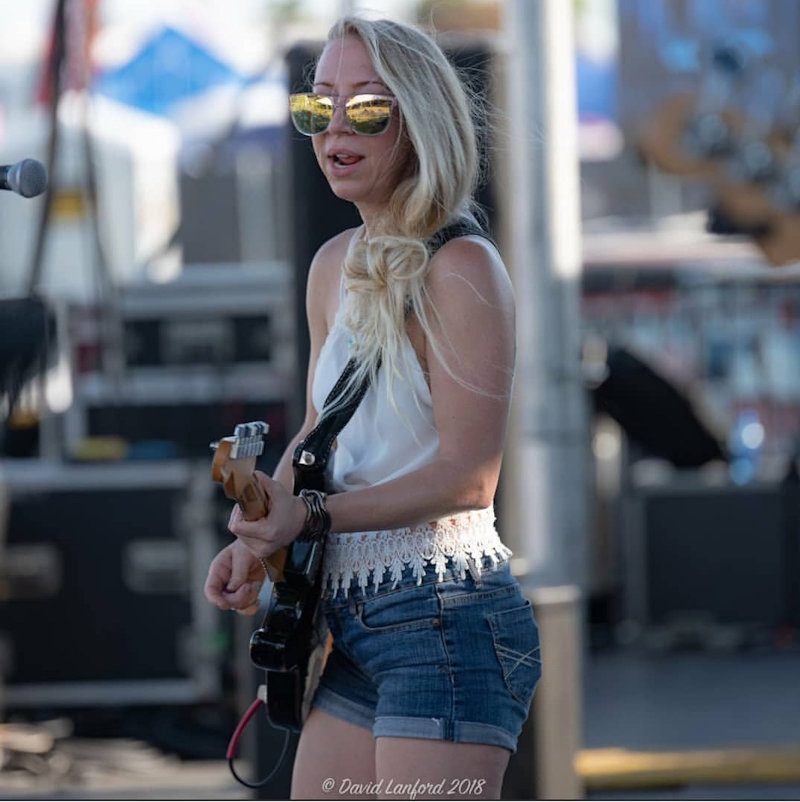 BG: My oldest brother first taught me guitar and introduced me to music theory, other brothers and sister played guitar, bass, drums (but no family band!) Mother was a true patron of the arts and took us to the opera, concerts and was always listening to, or watching, something interesting.

BG: I write differently for every song. I usually write my own songs, and a lot of times, they are a little riff or words that I can’t get out of my head, so they have to come out and I typically finish them by them time I get into the studio LOL. I have a theory that if I don’t complete a song, a new song won’t come to me. But I have also learned I prove myself wrong.

BG: Touring can be a challenge if the money isn’t worth your time, other wise, any problems I had on the road stemmed from people, myself included, partying too much and not taking care of themselves, which can be a definite challenge. If it is a long tour, I try not to eat bad foods, and I look for a weight room to get a workout in. But I haven’t toured too much lately because it hasn’t been worth my time, compared to the live shows I have been performing locally. And I love sleeping in my own bed.

BG: I’ve done some studio work in the past and random projects here and there, most recently on some songs for Kenny K and the Dead Cowboys. Great band and great writing. I hope Nashville is smart enough to latch onto their work.

BG: I don’t separate them per se, but I will have to time my practicing for the project. I try to start at least a month before the gig, if I have enough notice, and nail it in the last two weeks, but other times I will wait to learn only a few days before, especially if it is sub work and a one-off. I can’t hold that much material in my brain, so I compartmentalize when I learn it, so it can leave my short term memory and I can make room for new songs I have to learn for other people.

BG: I think the only challenge I faced was that a lot of people just didn’t know what to do with me. Am I a sidewoman? A frontwoman? A writer? Am I distracting from the “star” as a female guitar player, because it is somewhat rare (at least, while I was growing up)?  Sometimes people just didn’t want a girl on the bus because it was an added expense for me to have my own hotel room. Others didn’t want a female distraction AT ALL, even a band with a female lead (it happens, too). One drummer said I made him angry because I was “so good.” How did I overcome it? I quit caring about it, what people thought of me, or where I fit in. I feel the issues can be increased on the road, because you are living and breathing with the same 3-8 people every day, and your world can seem very small. Small problems become dramatic with a limited environment, like in riding in a van for 8 to 12 hours a day.

BG: I want the lawyers who run the labels to stop taking 12 year olds and “molding” them (with a “team,” at the cost millions of dollars) into what they THINK we should listen to. Of course there are always exceptions of young prodigies, but the thinking is backwards because people get better as they get older, or we are supposed to I think (if we don’t succumb to occupational hazards). Who says we shouldn’t or can’t get better? With life’s experience, it becomes something real and not manufactured, and that comes undeniably with age. I wish they would go see live shows and find great music and great performers, because that can save certain aspects of our culture. Save our sanity with a good time at least.

One thing I think the industry has forgotten is that, they used to pay US. Now, we give the labels our money, our talent, our album and videos already completed, and they put us up on a “distribution deal” we could have gotten for less money on our own, just by entering data online. We, as artists, dish out this money, while our royalty rates have dwindled to fractions of pennies. And many of us do this willingly, because we want people to hear our music. This current business model does not work for me. My return is not greater than my investment, and others are feeling the same. My remedy is to only make my music available in one place—my website. And spend the money I’ve saved by not being on Spotify, Soundcloud etc, on promo for myself. I’m working on this as we speak. I will be definitely be elaborating more about this at a future date. So keep up with me on my socials 😉