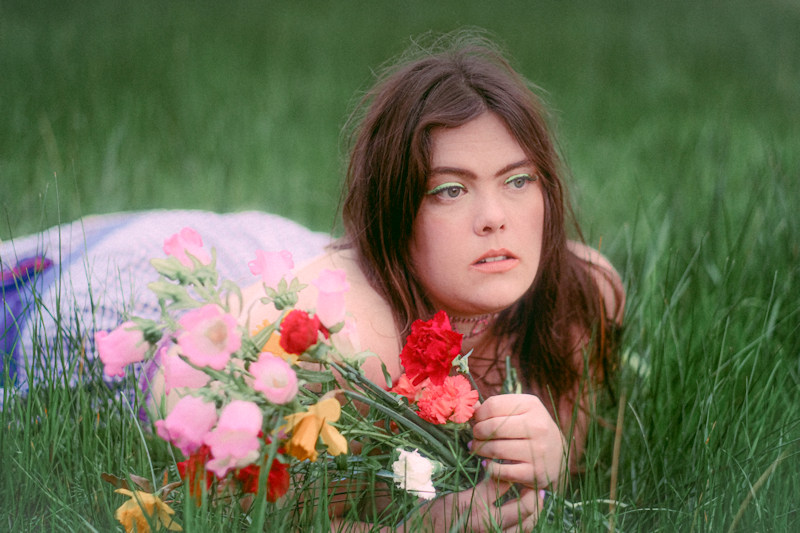 Last year we interviewed Elizabeth Mitchell with her band’s Totally Mild release. A lot has happened since then. Totally Mild dissolved and Elizabeth has a new album called Wonderful World of Nature arriving November 1. The album was produced by John Castle and featured the singles “Parties”, “Beautiful Baby” and “Meander”

Mitchell has a Bossa Nova meets pop vocal style that stands out. For info visit https://www.elizabethmusic.club/

FEMMUSIC:  What was the biggest challenge in making Wonderful World of Nature?

EM: The most difficult thing about this album was knowing how to start. I had a few false starts, thinking that I was ready, that I was finished writing… I really just needed the space to work out what kind of album I wanted to make and what I wanted to say. I guess a hard thing was that I was very excited to make an album but was a bit paralyzed by the many ways I could move on my own.

FEMMUSIC: Tell me about John Castle. How did you meet? What made you decide to work with him on the album?

EM: John is really just a wonderful producer and now also a wonderful friend. I loved the work he had done with bands like Cub Sport and Hatchie, and when I explained to him the kind of album I wanted to make he really got it. We just clicked and it was clear to me that we would be able to make something really special together.

FEMMUSIC: What was the biggest difference working on this album vs working on a Totally Mild album?

EM: A huge difference is that these songs, these arrangements really came together in the studio, I had never played most of them live until after they were recorded. So very different to recording with a band that has been fine tuning arrangements while playing shows. It was both freeing and terrifying to have the final say on all things. I also felt like I could really open out and take up space with the things I wanted to say on an emotional level.

FEMMUSIC: Tell me about being a solo artist. What things are easier for you now? What is harder?

EM: I love the feeling of having to take full responsibility for myself; on stage, in the studio, aesthetically, in decision making. Having said that, I’m incredibly supported by my wonderful all girl all star band and my managers. It truly takes a village to keep this tiny pink baby afloat. Creatively, it can be weird to finish things without having bandmates who will agree or disagree with you on when something is finished, but I’m lucky to have a community of artists that I can ask for advice or opinions if I get stuck. I guess the big difference is I don’t have to fight for my way if we disagree, haha.

FEMMUSIC: This album has been in the works for a while now. I remember it August 2018 when “Burn It All” had its Australian premiere. What are your goals and vision for the album?

EM: Yes, I have re-recorded Burn It All for the album which is really nice. I love the 7” version but I really wanted the album to be one cohesive piece of work. My main goal is really just to communicate my feelings and connect with people through that. The album is very raw, it’s ugly and painful but I think that’s the most human experience and I know that I feel less alone when I can share in someone else’s pain. I am really loving playing these songs live so hopefully just lots and lots more shows.

EM: I tend to write in bursts, follow impulses. I have a piano in my bedroom so I can basically write whenever I want to without setting up. This year I’ve also been trying to have one day a week where I go to a studio just to write, turn off my phone and try to be focused. I never thought that kind of structure would work for me, but even though I find it frustrating it helps to create the space for things to come out. I write in a pretty confessional way, usually about relationships. It’s surprising that anyone still wants to date me…

FEMMUSIC: When I asked you last year about whom you would like to tour with or collaborate with, you began by saying “I feel blessed to tour and collaborate with my band, I’d like to keep doing that until we get tired or kill each other. ” –  Now that Totally Mild is dissolved have your thoughts changed? Who would you most like to collaborate with?

EM: Totally Mild was a huge part of my life, and I’m grateful for the things we got to do together. I am in a really good place now where everyone I collaborate with and everything I do feels super intentional, and that’s something I could only have learned from all my past experiences; both good and bad. There are so so many people I’d like to collaborate with, like maybe too many to list… I am truly obsessed with Kacey Musgraves at the moment, maybe I could make a country album next.

FEMMUSIC: As a queer artist what can you do now, that you couldn’t a decade ago? What would you like to still be done?

EM: I guess just the fact that you can be a queer artist but it doesn’t have to be your entire story is something in itself. The video for Beautiful Baby is absolutely the most overtly queer thing I’ve ever put out, but I don’t feel worried about being pigeonholed into being only for a “queer market”. Like, I wouldn’t really mind if that did happen because I love my people but it’s exciting that being queer can just be one of many elements of an artist’s story.