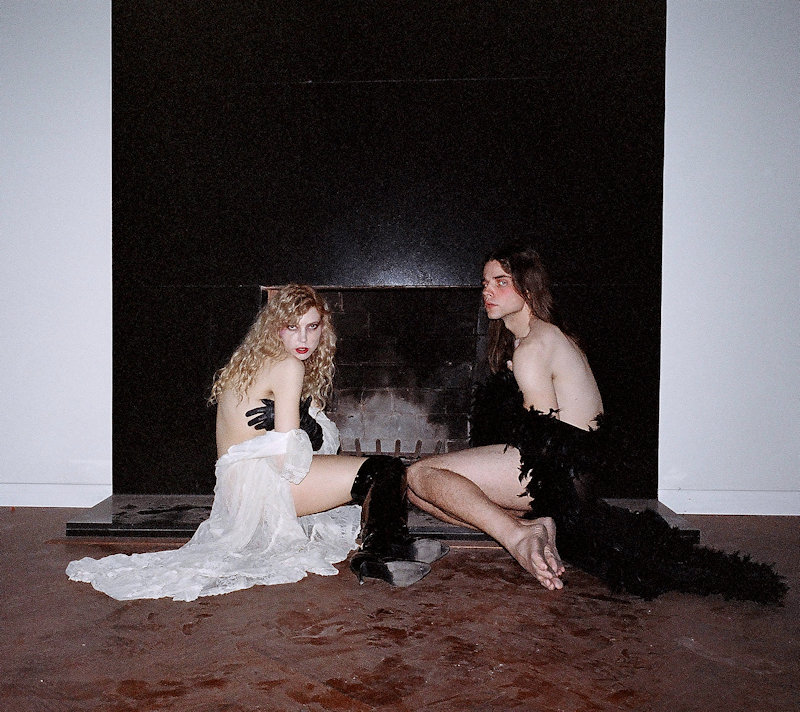 Actually Huizenga has been performing under her own name for a while now. Now she has a new project with Andrew Means called Patriarchy. They are releasing their album Asking for It on November 8 on Dero Arcade.

Huizenga is a multi-talented artist. She is a singer-songwriter, filmmaker, director and more which is evident with Patriarchy videos.

Asking For It is a tsunami wave of hard rock and vicious lyrics. The album has 10 songs including “Asking For It”, “Burn the Witch”, and the singles “It Goes Fast”, “Grind Your Bones” and “Hell Was Full.”

FEMMUSIC:  What was the biggest challenge making Asking For It?

FEMMUSIC: Tell me about Andrew Means. How did you meet? What made you decide to form Patriarchy with him?

AH: I met him through Facebook when he submitted a drawing for a coloring book I was making for my last Actually album Predator Romantic, and then his band 3teeth was playing Das Bunker and he said he wanted to work on music with me.

Andrew is a talented male who has respect for my power and was down to combine our forces into a few songs while he had his studio free between 3teeth concerts.

The songs were good so we decided to release them and make a band (even though I had already decided to stop making music and focus on film lol). Took a year for anyone to bite though. 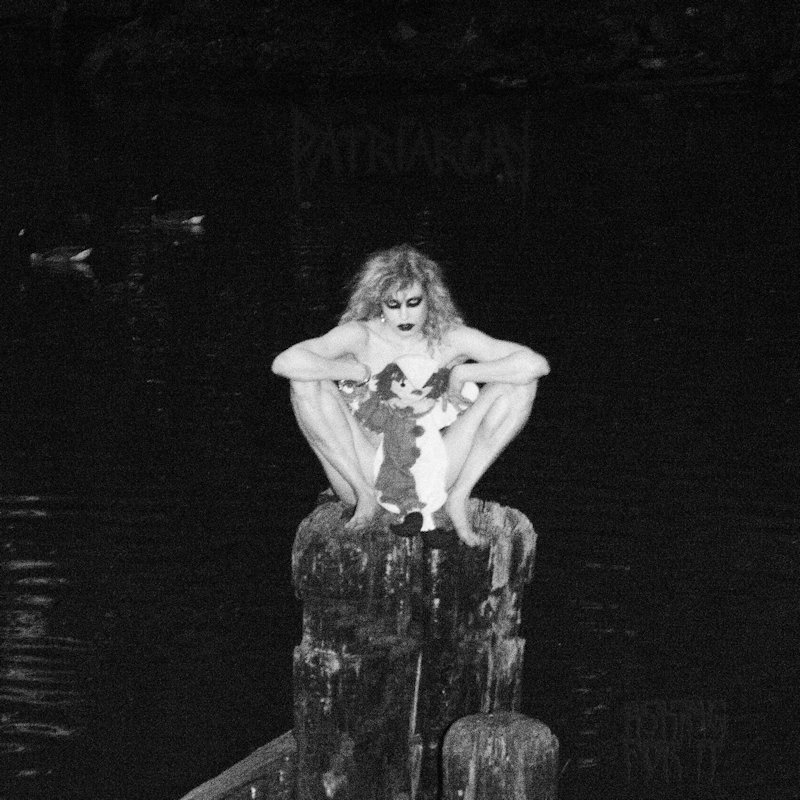 FEMMUSIC: What is the biggest difference between Patriarchy and your work as Actually Huizenga?

AH: The themes are all very similar- the sound is a bit harder and darker. It’s music that I’d rather have sex to personally.

FEMMUSIC: Tell me about Dero Arcade. What made you decide to release the album with them? What have they brought to the project?

AH: I decided to go with Dero Arcade because he said he knows how hard it is to be a woman in the industry since he used to Identify as female. Now that he’s a bit more male, he gets taken more seriously (if that is even a proper word)- I like him because he is not politically correct like everyone else stresses over in this social media succubus world, I’ve been rejected by labels all my life – and not just music labels. Hahaha

FEMMUSIC: Tell me about “Grind Your Bones.” How did the song develop? How did you translate that in the video?

AH: Well, it’s a song about trying to get some power back to have good sex…. mixed with fairy tales. The video was an audition for my live band and I wanted them to experience a real-life fairy tale in the Grimm tradition…

AH: I constantly take notes on my phone, in notebooks all over the place etc etc…

And then I usually come up with some sort of riff or melody (I record that with my voice on my phone ) and then I  find a line or word or sentence that blends with it… and go from there- either by myself on my shitty logic or I go to the studio when Andrew has time.

AH: Kind of brutal to just have one song- or one of anything to describe such an important thing as “influence.”

The album I’ve listened to most would have to be Pretty Hate Machine by NIN. Good for work, for cleaning, for whatever you need..

I do think that one of the best composed and most mysterious sounding pop songs- is “Careless Whispers” by George Michael. I know it’s super popular, but even with its serve popularity there is something dark and deep about it.

AH: I don’t really like to talk about that anymore. Why do you think I’ve called my band “Patriarchy.”

You can watch my films “Viking Angel” and “The Art of Eating” to get the jist of how I’ve been treated. It’s never going to be easy being female if you want to keep control of your work. And it’s not just males who try to keep your face smothered in the dirt.

Long story short, I have never been treated well and I face push back every single day of my life.

But I just work harder and I try to remember that without my art, I would rather be dead.

AH: Trent Reznor hahaa but I’m sure everyone says that.

As for touring, I’d be happy just to be able to do a full scale world tour- so anyone cool who has a similar vibe to my Patriarchy music I guess.

AH: I’d like them to listen to my music.