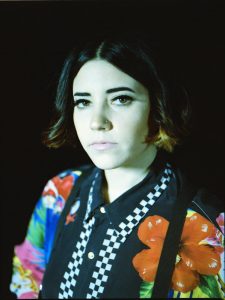 Jackie Mendoza is a newcomer with a world of experience. She has lived in California, New York and Mexico and her songs are both is Spanish and English. Her music is hard to classify in a good way. It is indie pop, Latin pop, EDM influenced, and that is just the tip of the iceberg. Mendoza played with Mint Field and Gingerslys in the past. She is now out with her debut EP LuvHz which features songs like “De Legos”, “Seahorse” and “mucho Mas”

We look forward to seeing Medoza at the Underground Music Showcase.

JM: The biggest challenge I faced when making LuvHz was receiving negative feedback from labels and being turned down. I was told to change my sound and to go in a different musical direction. There were times when I believed this is what I had to do in order to release my EP and it stunted my writing process and made me feel really insecure about my music. I decided to stay true to myself and to my music and I kept writing and producing. I was lucky to be connected with Rusty Santos and he helped me co-produce the EP. A lot of new ideas flowed in the studio and I didn’t have to compromise my sound; he helped make it better.

FEMMUSIC: Tell me about Rusty Santos. How did you meet? What did he bring to the project?

JM: I met Rusty through my manager, Walter. We were looking for people to help co-produce the EP and we reached out to Rusty and he liked what I was doing and knew we could make something cool together. At first we were working at a distance (he was in LA and I was in New York) and would send stems back and forth which made the progress a little slow. I decided to go to LA and we finished the EP and other songs in 4 days. He’s been working with a lot of Latinx artists, mostly reggaeton, and he brought a lot of that to the project. He brought a nice urban edge to the songs and he encouraged me to express and execute the weird ideas I had in my head.

FEMMUSIC: Tell me about Luminelle Records. What made you decide to sign with them? How have they been to work with?

JM: Luminelle is a great label to work with. Their enthusiasm for my music is what made me want to work with them. Most labels were expecting straight-forward pop or dance music and Luminelle embraced the experimentality and mash-up of genres in the EP. Their roster of artists was also a big sell for me. They’ve put out music that I love and still listen to every day. It’s exciting to work with a label that cares about an artist’s growth and expression. 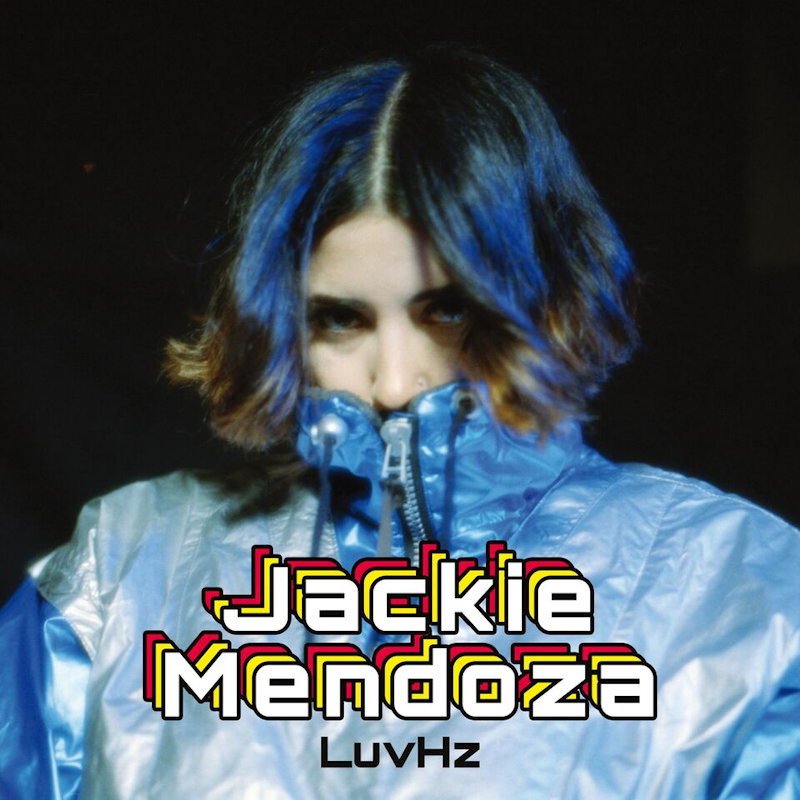 FEMMUSIC: How did your work in Mint Field & Gingerlys prepare you to be a solo artist?

JM: I was in Gingerlys for about 4 years and it was extremely formative and it taught me a lot about writing music, working with other musicians, and performing live. We played so many shows I lost count! We released our debut album with Topshelf Records and Babe City Records and I learned about working with labels, release campaigns, and touring. Playing those few festivals with Mint Field was really exciting; I had never played music festivals before that. I loved going to Tijuana to practice and learn the songs and playing with my friends.

JM: My songwriting technique varies and is always different. If I suddenly have a melody pop into my head, I’ll start from there and work from there. I’ll use my song “Seahorse” as an example. The vocal melody and lyrics for the first verse were the first thing I thought of. At the time, I was taking a few guitar lessons here and there so I decided to give my new skills a shot. I made the beat for the song, recorded guitar and bass, synths, and recorded vocals as soon as I finished writing lyrics. It would take a few days to think about the song and come back to it with new ideas and a fresh ear. Overall, it took about 2 weeks to complete the song.

JM: I think if I have to choose ONE song, it would be “Space is Only Noise If You Can See” by Nicolas Jaar. When I first heard it I thought it was the greatest song. It was creepy, weird, but made me want to dance at the same time. It’s also dream-like and abstract; which I love.

JM: I think sometimes women have to speak louder to be heard…both literally and metaphorically. If you’re a woman in music, you’re automatically known as “a woman in music” and people expect you to look and sound a certain way. I think if I released this EP as a man, I would have gotten more praise for the unpredictability instead of being criticized for the “lack of ear-worms” and pop structures. I overcome these challenges by supporting other women in music and staying true to the music I like to make regardless of my gender.

JM: I would love to tour with Nicolas Jaar because I would get to see him perform several nights in a row and I know I wouldn’t get sick of it. If I could collaborate with anyone right now, it would be Juana Molina because she is so experimental and her music and her musical style is so unique and loopy.

JM: I would make the industry more inclusive. Groups of people who are underrepresented need to be given equal opportunities