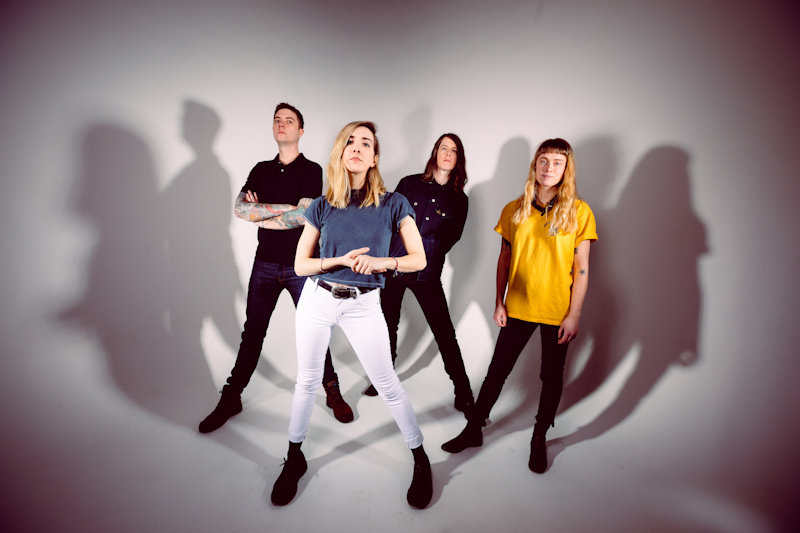 Summer Cannibals at Cobalt Studios in Portland, OR, March 2019. Photo by Jason Quigley.

A personal note. I’ve seen Summer Cannibals 3 times this year opening for Cursive, Hop Along & Slothrust. I’ve seen the band many times over the years. These three times I saw a band energized. At the Cursive show the new album was being mastered. When we got to the Slothrust show the album had a title and a release date. The album is called Can’t Tell Me No and comes out June 28 on Tiny Engines.

Summer Cannibals is a 4 piece band from Portland who includes Jessica Bourdreaux, Cassi Blum, Devin Shirley & Ethan Butman. The band has always been a cross of pop and punk. They’ve released 3 previous albums: No Makeup, Show Us Your Mind and Full of It. Full Of It was released on Kill Rock Stars. Bourdreaux has also released solo material. The video for the title track of Can’t Tell Me No came out recently

Can’t Tell Me No has a dark history. The band has recorded another album and had to walk away from it. Instead of dwelling on it, they jumped into the studio and self produced the new album. They also came to a new label, Tiny Engines.

Adversity has made Summer Cannibals better. There live show is raucous fun with humor and a wildly acrobatic Cassi Blum spurring Bourdreaux on. They will be having their overdue headlining tour this summer, and we do not expect to see them as an opener (except in stadiums) after that. For info visit http://www.summercannibals.com/

FEMMUSIC: Normally I begin by asking what was the biggest challenge making the new album. This album is new across the board from new label, self production and walking away from a finished project. Can you tell me why you walked away from the other finished album and why it was important to make this one?

JB: I’ve been trying to spare people the gritty details of why exactly we had to trash the first record but to put it very simply…we didn’t have a choice. I was being threatened and it was a bad situation and the band couldn’t move forward putting out and promoting a record that was in any way attached to a person we all viewed as predatory & manipulative. It was important though for us not to waste any time because I didn’t want to let that person take anything else from me or the band. I wanted to write about the situation and be able to talk about it as openly as possible while the emotions and feelings were still fresh.

FEMMUSIC: The album has a theme of independence from the title track “Can’t Tell Me No” to “Behave.” How did the songs form for the album?

JB: Quickly. Hah. There wasn’t time for second guessing so that meant we had to really trust our instincts with this album and I think it is reflected in the record. Everything about this album is focused and direct and there’s not a lot of bullshit and that’s honestly how the entire process of making it was as well. 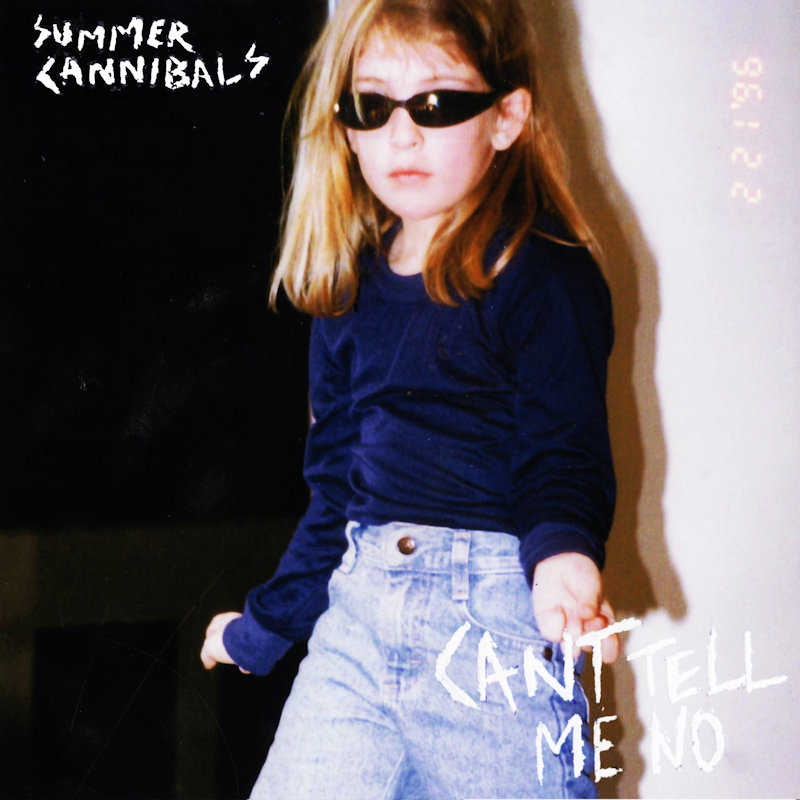 FEMMUSIC: I have to ask you about Cassi. She is an amazing addition to the band. How did you meet? How did she end up joining the band?

JB: We met online! Hah. I made a post on Facebook looking for other femme/non binary/queer engineers and someone tagged Cassi. We met up for coffee and hit it off really fast and easy. I checked out their punk band and was super impressed and so when it was time to bring in a new guitarist I immediately thought of Cassi. We started working in my studio together co-engineering albums around the same time.

FEMMUSIC: Tell me about Tiny Engines. You were previously on Kill Rock Stars. What made you decide to do this album with Tiny Engines? What did they bring to the project?

JB: We’ve always kind of been searching for our place in the industry and I’ve been longing for a greater sense of community. With the move to Tiny Engines we were introduced and welcomed into a really diverse, young and exciting group of bands who I really admire and am a fan of so that was huge for me when linking up with them. I think it was also important, especially considering the sensitive nature of this album and its subject matter, to move out of the Pacific Northwest sphere.

FEMMUSIC: What was the biggest challenge production-wise making Can’t Tell Me No (the album)?

JB: Time constraints mostly. Cass and I had to work a lot of 16 hour days and were pretty exhausted but all in all we didn’t meet too many challenges.

JB: I generally like to write alone but on this album Cassi ended up helping flesh out a lot of the songs, lyrically especially. Usually I write a bass line first and then record drums. After that I’ll start working on vocal melodies and lyrics and then guitars come last. Then I’ll send that demo to the band and the song will evolve from there. But we’re definitely trying to move more into a different technique to start making the albums a more fully collaborative thing.

JB: I truly have no idea there are way too many songs and not one I could sing out. Sorry!

JB: Patti Smith. We took the band name from one of her songs. She’s probably my biggest inspiration and definitely my hero cause of her ability to be so known and remain so herself throughout her entire career.

JB: I’d love if we could actually make money from streaming sites. Or would be cool if people started buying music again. But that’s not happening and that’s ~cool~