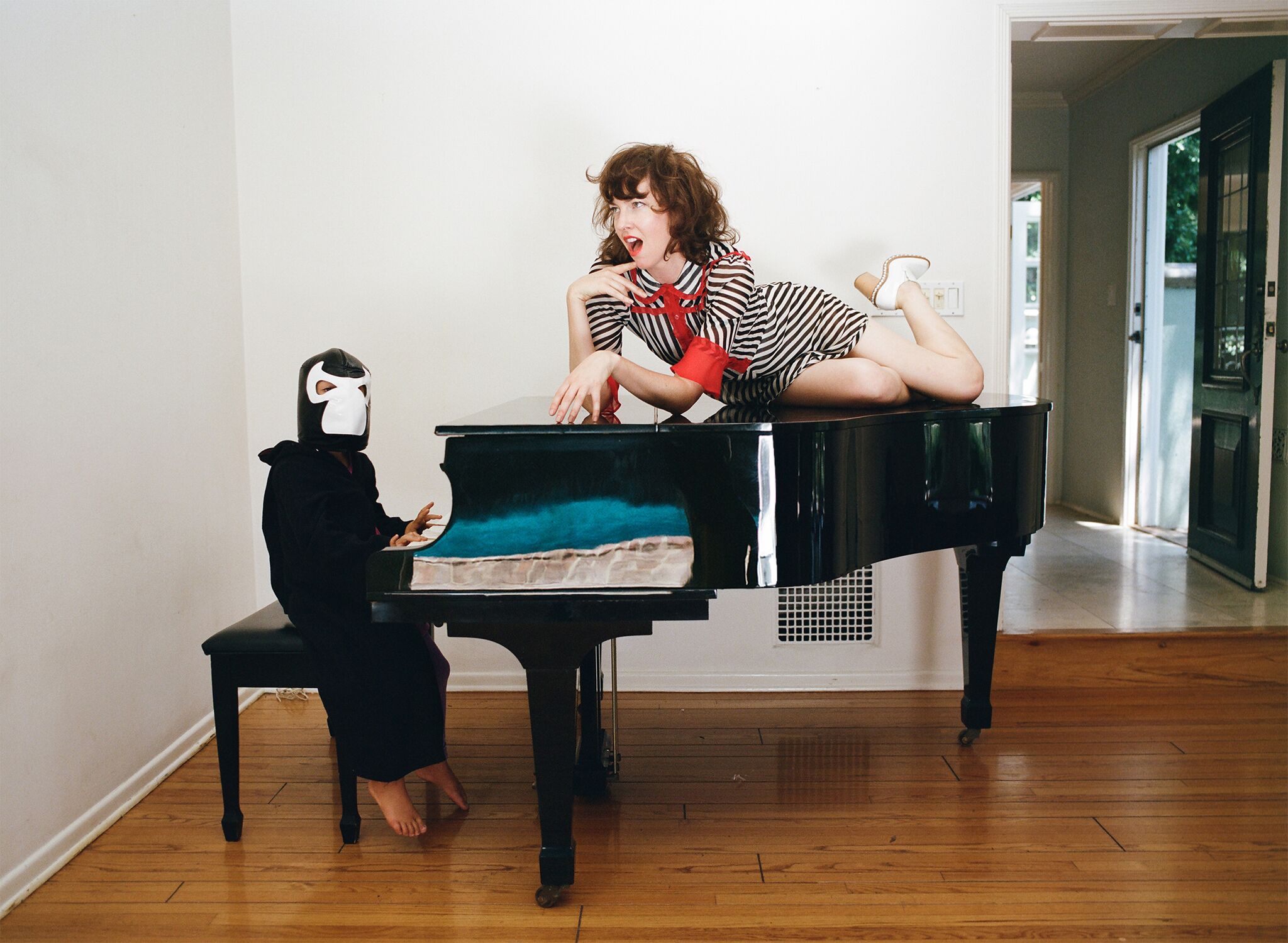 Alex Lilly released 2% Milk in January. It has the striking quality of being released under her own name. You may not have heard Lilly’s name but guaranteed you’ve seen her on tour with artists including Beck, Lorde, the bird and the bee. She has also been playing with a number of bands including Obi Best, Touché, Zero DeZire, and The Living Sisters.

2% Milk includes the singles “Distracting Me” and “Pornographic Mind”

The songs have pop hooks mixed with sharp lyrics that entice and excite. The album was produced by Andy Bauer and Jacob Bercovici. It is released on Inara George’s Release Me Records. Lilly is currently touring opening for The Kolars. For info visit https://www.alexlillyland.com/

FEMMUSIC: What was the biggest challenge making 2% Milk?

AL: Mixing the record was tricky because there were a lot of parts, both soft synths and real instruments. We started with my demos and added to them. I like doing this because then you maintain the original vibe of the song. The downside is maybe some of those tracks you recorded earlier are not high fidelity (I.E. recording in a cabin in Canada on your laptop) and so it makes the mixing of the record more challenging.

FEMMUSIC: Tell me about Inara George. I see you’ve toured with her in The Bird and the Bee. You’re obviously signed to her label Release Me Records. She also directed the video for “Pornographic Mind.” How has your relationship grown with her? What made you decide to join Release Me Records?

AL: Inara and I have had so many experiences together – it’s pretty goddamn special. I joined the bird and the bee’s touring band as a youngster and then we wrote and sang together in The Living Sisters, started a lewd theatrical band called Zero DeZire, and so much more. Not to mention all the personal stuff (like going on trips and getting to know her kids and her family) Inara is a brilliant songwriter and singer but she has multiple sides. She has an entrepreneurial streak for sure. She’s a curious and creative person and I think she started this label to sign her friends but also to see how the experiment would play out. I teamed up with her because she’s a wizard.

FEMMUSIC: Tell me about your producers Andy Bauer & Jacob Bercovici. How did you meet them? What made you decide to work with them on the album?

AL: I knew Andy from the band Twin Shadow. We worked together on my song “Firefly” when I was staying in New York for a few months. I trust his aesthetic sense and he’s a really sweet, interesting dude. Jacob Bercovici I’ve known for many years and I’ve always liked his music. He’s not a shy producer which I value. In the past I’ve worked with pretty hands-off kinds of musicians. Jake gets his hands dirty and is creative and there’s not too much pressure to be perfect. I can get easily stressed in the studio so I appreciated his mentality.

FEMMUSIC: How important is it to you to release an album under your own name? Did you approach this project differently because it was?

AL: Well I wanted to go under an alias and I had it all picked out but Inara said, “No! Go under your name”. She’s a ballbuster, that one. I’m glad I did because I don’t think there’s a need for a line of separation between this particular music and other musical ventures. To me it feels like so much exposure but to everyone else, it’s just a name. 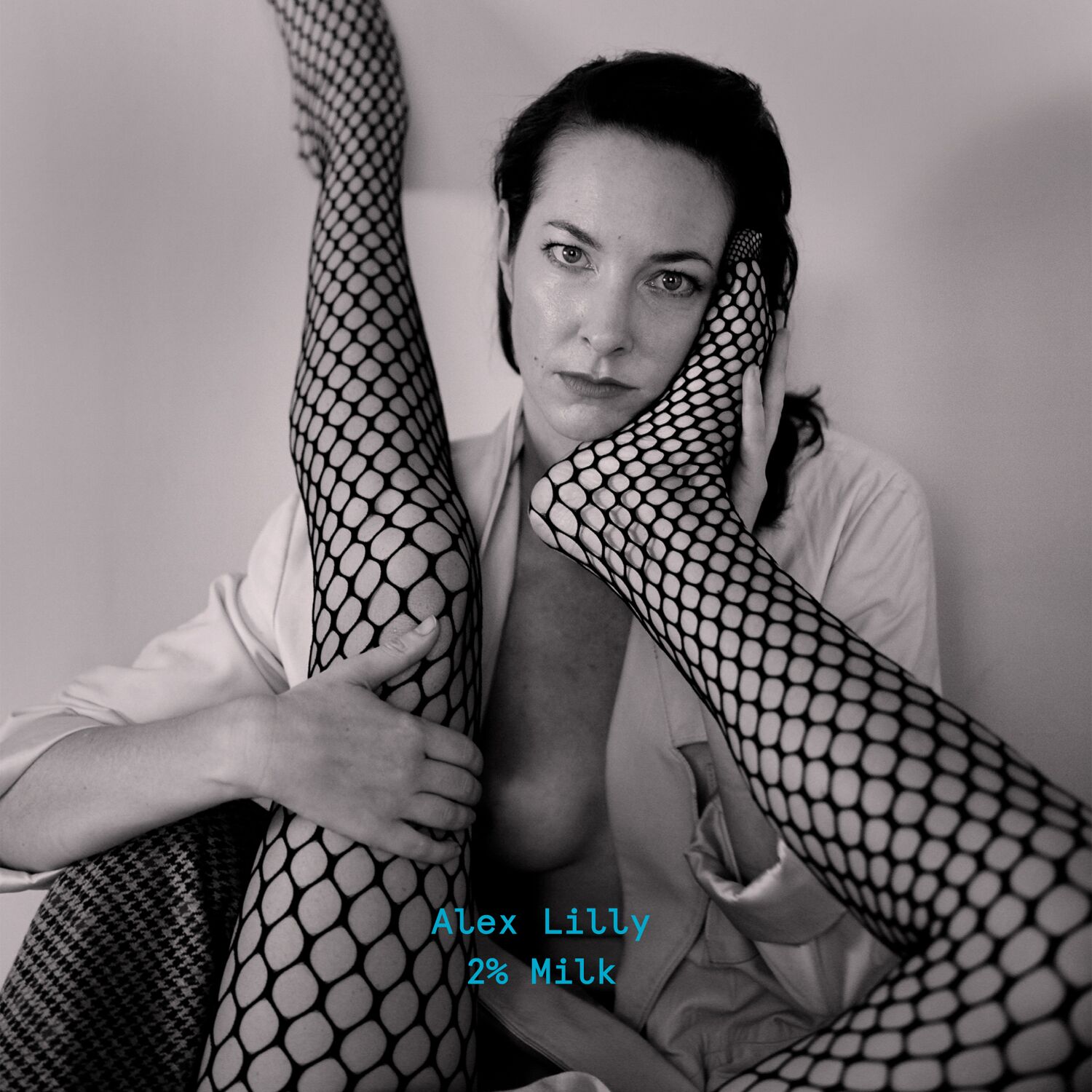 FEMMUSIC: You’ve toured with a number of big name acts. What did that touring teach you as a musician?

AL: Performances are not end products. They happen and then they’re done. Even if they’re on video, everything is captured nowadays so things being captured means less. You can always change it up for the next show. The most important thing you should do is be completely present. You can make mistakes- it’s amazing what a little charm can do.

AL: Oh nooooo, you are cruel to ask this of me. Can I say the main theme from the opera “Carmen”? My mom heard me outside on my swing set singing this as a 5-year-old. So I think my love of music started here. That exotic descending chromatic line and then the really triumphant B section. I think the sensation of those opposite sounding sections had a big impact.

AL: When you’re a woman, you’re often not given the benefit of the doubt. You start at a deficit and have to work your way up to the status of an intelligent, competent human being. Of course, there is a large sector of the population that are not idiots and don’t require this and those are the people I’m around most of the time but you can’t always avoid this shit. I’ll give you a perfect and very common example: I was touring with the bird and the bee maybe four years back (it was an all female band at the time) and we were sound checking. There was feedback and the lead singer, Inara, was politely trying to work it out with the sound guy who was convinced it wasn’t his problem. He was incredibly rude and condescending, implying it was our first rodeo (yeah right!) I got a strong feeling he wouldn’t have been dismissive like this to a group of male musicians. Finally, the guitarist, Wendy Wang, shouted out the exact frequency, like 2 K or something, that had to come down. He did it on his board and the problem was solved. Of course, he never acknowledged it. It just gets exhausting to be presumed wrong from the very start. And while I do feel a high level of respect should be earned, it shouldn’t be such an uphill battle.

AL: Oh man, I’d love to open up for Feist or U.S. Girls or Puddles the Clown. They do what they do and very well. I like beautiful things, interesting music, and complicated people.