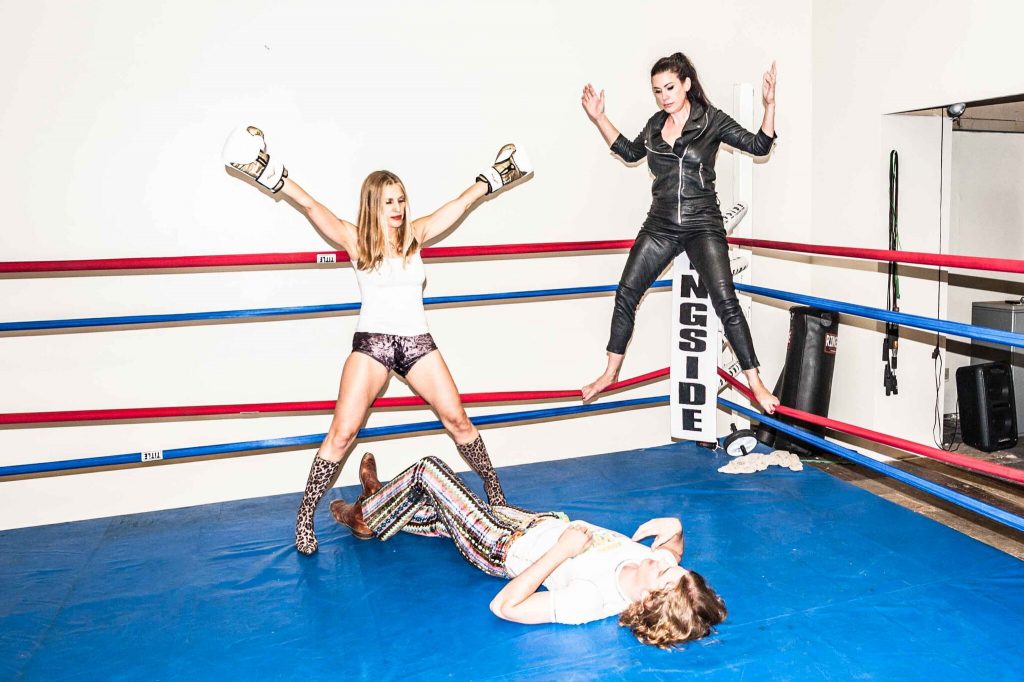 Margaret Dollrod
Nicholas Winding Refn presents….Heartthrob Chassis’ Arrthmia. In late September Refn, known for such films as Drive, presented an album by a Detroit band. Heartthrob Chassis is the latest project from Margaret Dollrod. She is previously known for the Demolition Doll Rods and Heartthrob Chassis naturally takes off from there. The album is called Arrythmia. Although no singles were released you can get a look at their raw band performance at:
FEMMUSIC spoke with Dollrod in a blunt interview about the album. For more info visit https://www.facebook.com/heartthrobchassis/
FEMMUSIC: What was the biggest challenge making Arrythmia?
MDR: Finding an artist for the album cover who could create an intergalactic girl out of my face and Ben’s.  Once we found Ava East, BAM! The fun began!
FEMMUSIC: You are known for the Demolition Doll Rods, what made you decide to start Heartthrob Chassis? How is the band different than the Demolition Doll Rods?
MDR: My heart is still throbbing with such a passion and without sharing that music I’m just an empty chassis.
I am who I am, I haven’t changed so much.  Ben has a completely different sound than Dan.  I think it will be more fun if you discover the difference.  Christine still sends all her love to us and with each drummer and drum beat I feel the love!  Drummers are like heart beats!  The music still takes me where I need to go when I need to be there with more than I could possibly imagine
FEMMUSIC: Please tell me about how Nicholas Winding Refn both met you and became involved in the project.
MDR: I still haven’t actually met Nicolas.  We have had just a few potent and exhilarating phone conversations.  I love his movies’ colors and intensity–and he feels strongly enough about our music to share it with you.
FEMMUSIC: The album was released by Milan Records. What made you decide to work with them as opposed to other labels you’ve worked with in the past?
MDR: Milan is amazing!  We love what they do, the music they put out!  Music is the soundtrack of life and we are very fortunate that they are sharing Arrhythmia with you. 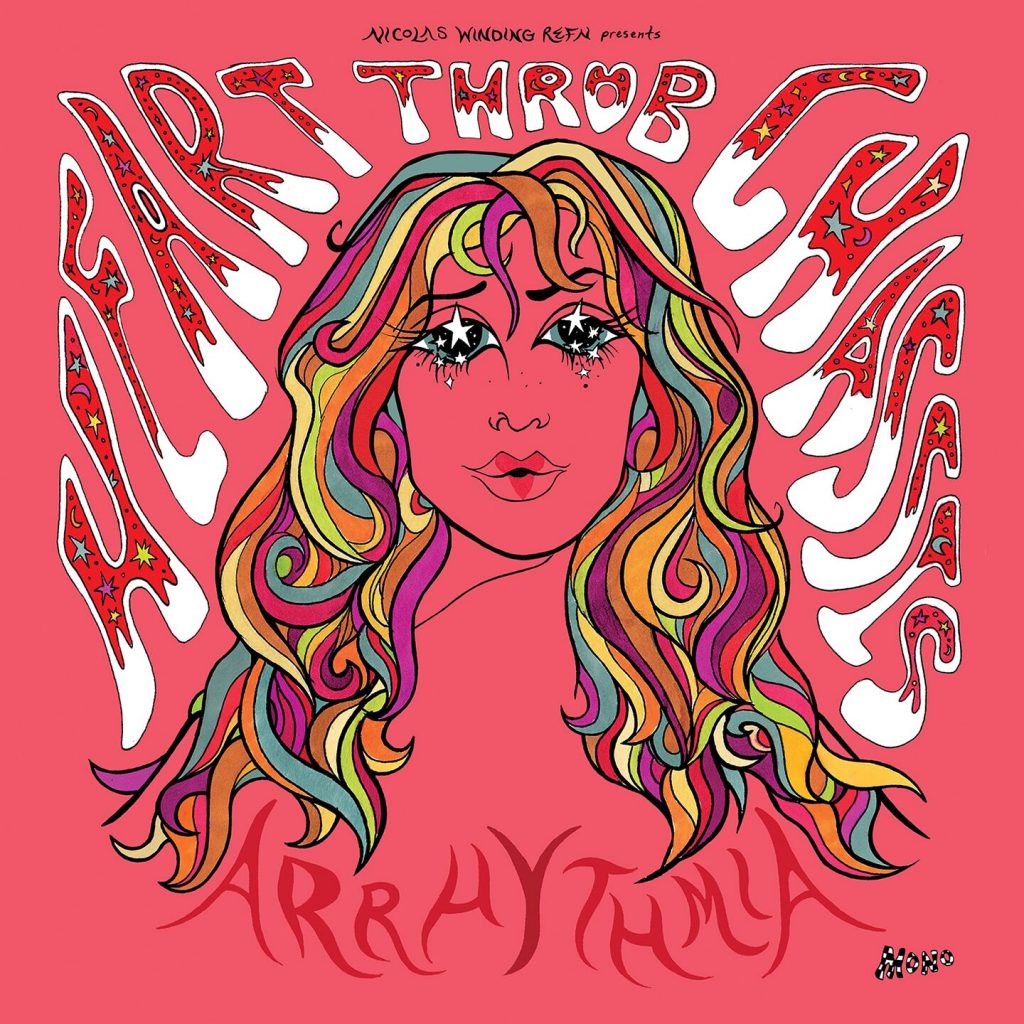 FEMMUSIC: Can you describe your songwriting technique?
MDR: My song writing technique is so easy.  We play–and record what we play.  It flows through us, we listen to the recording and write down the words that came through me.  It is so fun and sometimes wowing to realize what I said!
FEMMUSIC: What song (not your own) has had the biggest influence on you and why?
MDR: “Real Cool Time” by the Stooges. A little bit of love goes a long way.  I feel having a real cool time is a political stance one can only dare and dream to take.
FEMMUSIC: What challenges, if any, have you faced as a woman in the music industry? And how did you overcome them?
MDR: It is challenging for people to hear somebody without a penis.  Maybe it is an antenna or something…and even though I have never seen a man play an instrument or sing with his penis, it is hard for people to understand it possible without one.  Also sex appeal has been confused with freedom of expression.  It feels so good to laugh.
FEMMUSIC: Whom would you most like to collaborate with, or tour with? Why?
MDR: When I first began playing the thrill of discovery was everything, and I still feel that way.  I don’t know who is out there, but I believe we will meet each other soon and create and share a thrill beyond our wildest imaginations!
If I ask my band mates this what they say…
Tame Impala
Foo Fighters
Queens of the Stone Age
Kendrick Lamar
Nine Inch Nails
King Gizzard and the Lizard Wizard
Arctic Monkeys
Joe Walsh
ZZ Top
Joan Jett
Eminem
Snoop Dog
Stevie Wonder
Robert Plant
John Fogerty
Black Lips
Willie Nelson
Bob Dylan
Mavis Staples
Tina Turner
Rihanna
Thee Oh Sees
Billy Childish
Eric Clapton
Travis Scott
ASAP Rocky
Rocky Erickson
Damo Suzuki
Wolf Eyes
Naz
FEMMUSIC: What one thing would you like to change about the music industry?
MDR: I would like music to be for everyone.  Relax a bit and let it flow through you.  It’s odd–somehow those two words don’t go together for me: “music industry.”
November 6th, 2018