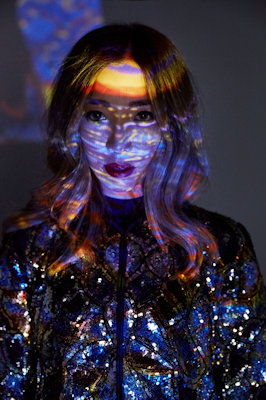 TOKiMONSTA is the multi-talented producer, and record label owner Jennifer Lee. Originally a graduate of Red Bull Music Academy, she was signed to Brainfeeder Records where she remained until 2013. She then founded Young Art Records. She works frequently with Garen Tauk. For her new album, Lune Rouge, she collaborates with IO Echo, Selah Sue and more. FEMMUSIC was honored to speak with her about her process. TOKiMONSTA is on a headlining tour including a September 30 date the the Bluebird Theater in Denver. For info visit https://tokimonsta.com/
FEMMUSIC: What was your vision in doing Lune Rouge?
JL: I didn’t create this album with any strong intentions or expectations in mind. I just wanted to create a body of work that brought me joy and allowed me to express my creativity without pressure. In the end, I’m left with this celebratory piece of art that brought me peace and
therapy after a very difficult time in my life.
FEMMUSIC: What was the biggest challenge making Lune Rouge?
JL: Initially, it was that I couldn’t make any music.  Right before I started working on this album, I had to get two emergency brain surgeries that left me unable to talk, walk, understand speech, and create music.  The recovery was difficult, but eventually all those
faculties came back to me. So the first few attempts at writing music were not successful.
FEMMUSIC: Tell me about some of the collaborations on Lune Rouge. I see you’re working with Selah Sue, Yuna and IO Echo to name a few. With those 3 specifically can you tell me how you met them, and how it was working with them?
JL: Selah Sue I met over email.  She lives in Belgium, so we still haven’t met each other in person. Be that as it may, we have had deep and personal email exchanges that really create a more personal bond, which was necessary for our songs.  IO Echo is actually one of my best
friends.  We had made a cover together, but this is our first time actually working on a full song. Yuna and I were introduced by our managers, but we were both big fans of each other.  She an amazing musician and person.  We’ve been able to work on several song and stay
in contact with each other.
FEMMUSIC: You’ve now been running Young Art Records for 3 years now. What is the biggest challenge with it?
JL: So far the label is doing fairly well, which is a relief. It is still difficult to find new artists to sign because I’m so particular about the artists I want on the label. There haven’t been any major surprises. I think I’m fortunate because I have an amazing friend managing the label and doing the hard stuff. I get to A&R and do the fun stuff. I’m sure if you asked him, he’d have tons of things to say.
FEMMUSIC:  What is your perspective on signing to record labels? Do you advise friends and other artists to sign? Why or why not?
JL: It depends.  For example, when I sign an artist, I am not stripping them of their rights to release on other labels and I am not taking a % of their touring, merch, etc.  I just sign artists so I can give them a platform to get their music heard by a larger group of people.
However, sometimes signing to record labels does involve giving a % of your life to them too.  It’s tricky, but always read the fine print before signing and weight the pros and cons.
FEMMUSIC:  I was reading one of your past interviews that asked about festival booking. I’m beginning to explore a story on Gender Neutral Booking based upon the experiences of some friends. They said that their
booking opportunities increased when they changed their band name from something feminine to something Gender Neutral. If you were performing as Jennifer Lee vs TOKiMONSTA do you think you would have the same bookings you’ve had now? Why or why not?
Sidenote – I’m exploring this question as a larger feature so if you have any recommendations on whom I should talk to, I’m seeking any help I can get. 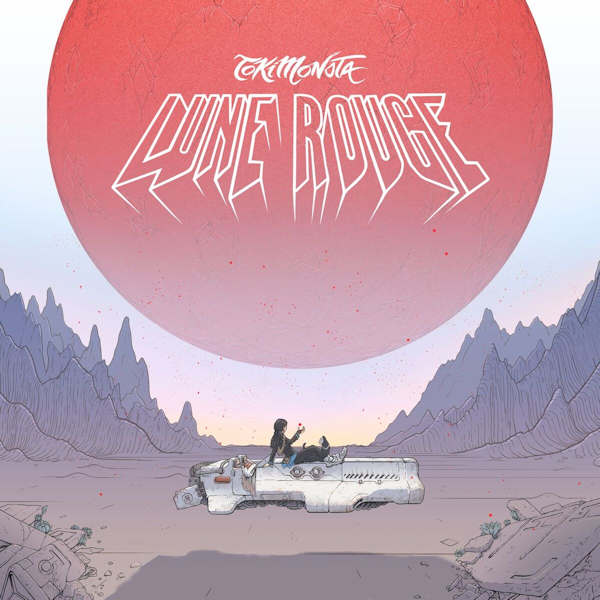 JL: I guess I do not have much to say on this because I’ve only gone by TOKiMONSTA.  In order to give a fair response, I feel like I’d have to know what it’d be like to be a touring artist with a feminine name. It is very unfortunate that the experience people have had to go
through and I’d be curious if “BUFF STRONG MAN 5000 BAND” would get booked more. Overall, I think it’s silly how a band’s “name” is referenced more strongly by bookers than their music and their following.
FEMMUSIC:  As a woman in the music industry have you been discriminated against?
JL: I think it is very likely, though it hasn’t been presented to me in a way where I experienced a situation where it was in my face.  I have heard from others that some peers undermine me saying they didn’t believe I made my own music, my boyfriend taught me everything I know,
I only get attention because I am a female producer, the list goes on.
FEMMUSIC:  I’ve read from other interviews that you would be interested in working with Missy Elliott and Bjork. Whom else would you most like to work with or collaborate with and why?
JL: Timbaland, Pharrell, Thom Yorke, MIA because they are all artists who create music that always challenges the norm. To be honest, I just want to see how they create and being a part of that would just be icing on the cake.
FEMMUSIC: What one thing would you like to change about the music industry?
JL: Equality. Meaning gender, race, orientation, all of it.
September 15th, 2017