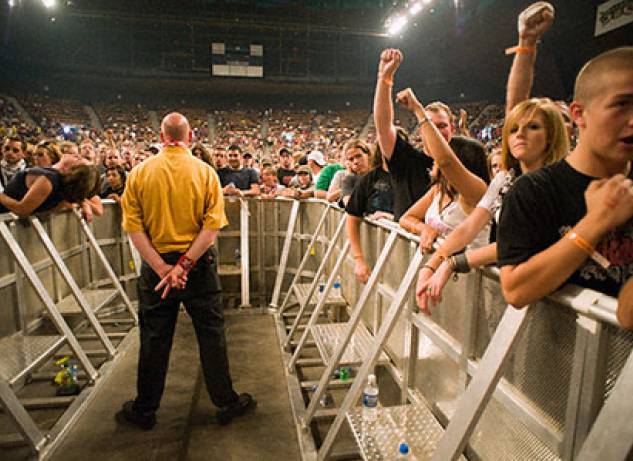 As of this writing, it has been nearly a year since the November 13 attack on the Le Bataclan in Paris that took 89 lives. For me personally, my reaction was similar to September 11. I was in shock. It was an intentional attack on a music venue during a concert. It chilled me to the core and started a fire on what needs to be done to stop it.
For others that fire started on June 10 when the Pulse Nightclub was attacked in Orlando. Forty-Nine people died in that attack. It was after that attack that major music venues in my area started putting up metal detectors. It has now been many months since that happened.
Now the questions dog me about whether we did the right thing. I can remember getting grief from many friends when I suggested that metal detectors should be at venues. I actually suggested more. Now my wish has come true. In a way I do have buyer’s remorse. It was easier to imagine a world before November 13 or June 10 just as it was easier to live in a world before September 11.
I’d hoped for this November issue to have a major expose about venue security nationwide. After many attempts I found I couldn’t get people on record about it. Luckily a friend at the Denver Post did do a comprehensive piece. Instead of an expose, I give you an aggregate of the last year of attacks worldwide. Did we do enough? Did we do too much? I will continue to go to live music venues. Will you?
Sincerely,
Alex Teitz
Aggregate:
http://fox40.com/2015/02/21/shots-fired-outside-popular-midtown-music-venue   2/21/15
http://archives.sfweekly.com/shookdown/2015/04/06/punk-musician-fatally-shot-outside-oakland-venue  4/6/15
http://www.billboard.com/articles/business/6762516/promoters-venues-security-measures-paris-shootings   11/14/15
http://www.billboard.com/articles/news/6769223/paris-venues-security-experts  11/18/15
http://abc7ny.com/news/video-shows-gunman-at-rap-concert;-troy-ave-arrested/1356567  5/27/16
http://www.billboard.com/articles/news/7401296/orlando-club-shooting-concert-security-christina-grimmie  6/12/16
http://www.billboard.com/articles/news/magazine-feature/7415702/club-bouncers-dangers-security-measures-orlando-shooting  6/23/16
http://www.billboard.com/articles/news/magazine-feature/7415698/security-measures-to-prevent-another-orlando-tragedy   6/23/16
http://denver.cbslocal.com/2016/06/22/red-rocks-shooting-victim-files-lawsuit-against-city  7/22/16
http://www.youredm.com/2016/08/16/tea-party-festival-attendee-shot-chest  8/16/16
http://www.denverpost.com/2016/08/19/following-high-profile-concert-attacks-denver-venues-tighten-security  8/19/16