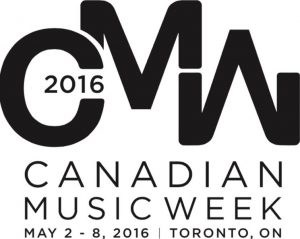 Canadian Music Week – May 2-8, 2016 – Toronto, Canada – http://cmw.net
FEMMUSIC is previewing CMW. This year notable artists including Lights, Lapsley, Sunflower Bean, Tori Kelly, White Lung & Willa will be performing. In addition there is a special tribute to Nelly Furtado. Beyond the big names FEMMUSIC has the following recommendations:

Darkbird – USA – This Austin based band is led by Kelly Barnes. Their EP is I Remember Feeling My Fingers Slip. www.darkbirdband.com

Elle Exxe – United Kingdom – This pop rock artist has already been gaining traction with singles like “Home With You” & “Synthesizing.” www.elleexxe.com

Ella Fence – Australia – This artist has generated a cinematic feel to her music with the release of her EP Wanderlust. www.facebook.com/ellafencemusic

Gosti – Australia – Larissa Agosti is a singer-songwriter who has been playing some other festivals this year. She will be releasing a new EP this year. www.ilovegosti.com

Kloe – Scotland – This young popstar has been generating attention. We heard of her late last year and are glad to see her get international live play. Her EP Teenage Craze was just released. www.facebook.com/mynameiskloe

L-I-A-R – France – Lost in an Artificial Reality (LIAR) is the alternative artist Eloine Liar. She has released a a full length album called Fall. http://l-i-a-r.com/

Little Coyote – Canada – Teagan Johnson started drawing attention when she was younger. Now she is releasing her album The Trouble With Teeth. She combines piano and synth to make a low fi sound. www.littlecoyotemusic.com

Menage – Canada –This is a family band with 2 brothers and a sister who grew up with family in Canada & Portugal. They have a high energy set. Their album is The Great American Lie. www.menagetheband.com

Rococode – Canada – Rococode is the indie pop duo of Laura Smith & Andrew Braun. Don’t Worry It Will Be Dark Soon is their latest release. http://rococode.com

Rozes – USA – This Philadelphia singer-songwriter came to prominence in 2014. This year she releases her Burn Wild EP. http://www.rozessounds.com/

Tegan and Sara – Canada – Sisters Tegan and Sara Quin are one of the top acts to watch for CMW. They are releasing their new album Love You To Death. Everyone has been waiting for it. http://teganandsara.com

The Phantom Sound – United Kingdom – The Phantom Sound is an indie rock new wave band led by Marisa Schlussel. They are working on a sophomore full length album with Brian of the Dresden Dolls. http://thephantomsound.com/