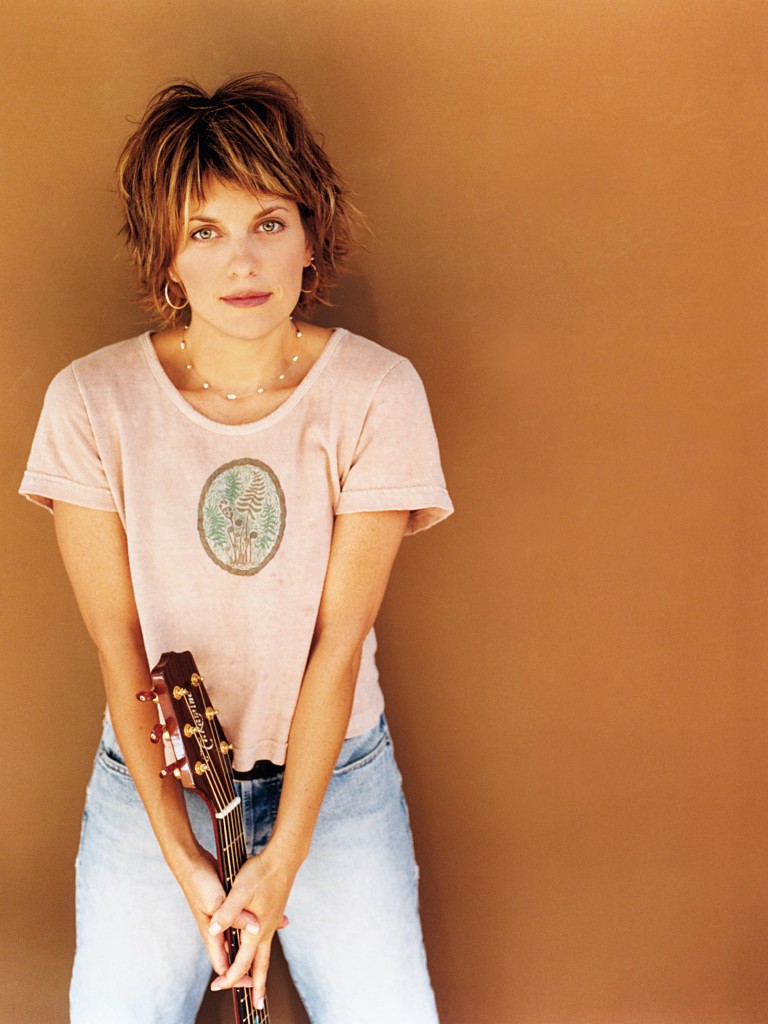 Christine Kane has been a story waiting to happen for too long. FEMMUSIC fell in love with her material with her latest CD, Rain & Mud & Wild & Green. The CD is one of the most enjoyable albums to come out in years. It is humorous, fun and hides potent messages in great lyrics. Kane has four CD’s (including Rain & Mud & Wild & Green) to her name and has appeared on numerous compilations. This North Carolina songwriter should be sweeping the Folk world as much as Baez, and Williams. She is not now, but will soon. In the meantime buy her albums and see Kane live. For more information visitwww.christinekane.com

CK: I don’t really have a technique that I stick to. Whenever I sit down to write, there’s always a sense of mystery and a challenge to stay present and not force the song in any particular direction. I mostly just follow my instincts. I usually start by playing the guitar and just getting as loose and un-critical as possible. Usually what happens is that a melody comes to me, and slowly words will drift along. Then over several days or weeks or whatever, a song will usually be born.

CK: There were many challenges. There always are! I think the biggest one was getting through my own fear before I actually went into the studio. Another challenge I always face in any recording is the amount of patience it takes to go through the process, especially when a song you’ve worked on for many sessions just isn’t working.

CK: Being in New York City. Being in an environment that was so focused and being in a studio among so many other studios and other musicians. Also, Ben Wisch is a fantastic person to work with and we had a blast.

FEMMUSIC: How was it working with Ben Wisch? What did he bring to the project?

CK: Ben is excellent at so many aspects of recording. He’s a great engineer. He gets a phenomenal sound. The thing that struck me the most was his ability to hear the vocal tracks and know for sure which one was the right one. He’s all about getting the raw emotional performance –whether it’s vocals or guitar or bass or whatever.

CK: Not that I’ve noticed. I’m lucky enough to be making music independently — so I’m probably not the person to ask about industry discrimination. In the acoustic world, it doesn’t seem to be an issue.

CK: Truthfully, I don’t really care about the Music Industry. I’m so blown away by the amount of great artists who are doing their music (and making a living!) without worrying about what the music industry is doing. But if I have to answer the question…I’d like to see people with some semblance of soul and spirit in positions of power.

CK: I would say never wait for anyone or anything (i.e. labels, agents) to come along and “rescue” you. Rescue yourself. Produce yourself. Take tiny steps. Recognize the value and inner strength you gain from building your own career, and be patient with that process. It’s hard work, but if you challenge yourself to take all of your experiences — good and bad — and learn from them and use them as tools for your own growth as both artist and human, the pay-off is unbelievable.

FEMMUSIC: What’s next on the horizon? What have you been working on lately?

CK: Right now I’m at an artist’s colony in Virginia writing songs. I’ve been doing a little bit of co-writing with some Nashville-based songwriters which has really forced me to expand my horizons. I’ll probably be recording a new CD this year. My tour schedule has been a lot more intense since this CD came out, and I’m playing in all sorts of new places and states across the country.