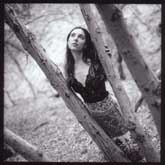 Jenni Alpert has a foundation in blues and jazz but her music is pure soulful rock. Her latest CD is a live one recorded at the Soiled Dove in Denver. She is a constant touring musician. For more information visit www.jennialpert.com

JA: Each song is a different animal. Sometimes the music comes first. Sometimes the lyrics. Most of the time I am just trying to dodge the cars passing by as I reach for a pen and paper in my car. It’s bad. But I get good songs. I think I need a driver.

FEMMUSIC: What was the biggest challenge making your latest album?

JA: Picking the overall relationship between the songs. I believe that every album should say something more than just being a list of songs. Each song is it’s own entity – it’s own art piece – but all of the songs make up the bigger picture. Which is the album itself. I am constantly thinking about the project as a while each step of the way and it is a huge challenge to decide which relationships work best.

FEMMUSIC: What was the best experience(s) making your latest album?

JA: Working with sound. I feel that producing a record is like painting on a canvas with sound. Each instrument is like a color to me and the dynamics of each part played is a shade. I love to mix and create a contrast with sounds. Making a record is a very different creative process than playing live. I love both for very different reasons. The recording process gives me the opportunity to create and express myself in my solitude.

FEMMUSIC: Who are your biggest influences?

JA: I would say Duke Ellington for his compositial ideas – picking musicians for their tones and writing music with and for them based on their range, tone and texture. Then I would say led zeppelin for their wall of sound in each album. There is not a song I don’t like. Then I would say ani de franko for her amazing ability to capture the human essence with her poetry – but moreover her business skills and how she managed to follow her dreams her own way no matter what. I would include Nina Simone, Billie holiday, and Ella Fitzgerald for their outstanding vocal approach, and Jeff Buckley for his songwriting and vocal approach.

JA: I have been put off because of my ambitious forward nature. I really couldn’t blame it on being a woman. There are set backs and advantages. I just stick to the art and worry not about acceptance based on gender.

FEMMUSIC: What three things would you like to change about the music industry and why?

JA: I don’t think you can change anything about the industry. You can only add a perspective and create something new. I don’t conceder myself an indie musician or against major labels. But I’m also not looking for the next big deal either. I am looking for the means to create my music and get it out to people who want to hear my voice. No one is stopping me. It just takes time and dedication and belief in my art and myself. The industry will always be a force worth understanding.

JA: I usually shove as much information to new artists as I can about independent recording and touring, how to actually do what you want with your dreams. Then I would buy them Donald Passman’s book – All You Need to Know About the Music Business so they are informed about the industry but most importantly I would say – make your art – make it for your self – do it your way and believe in it. Do it for the music because music speaks for itself.