A Benefit For Journey: A Young Woman’s Conference, January 19 2002
By Elizabeth Nitz 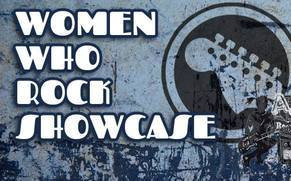 Journey, a Loveland, CO, organization dedicated to giving teenage women a supportive community in which to discover themselves and their abilities, began holding its conference for young women eight years ago. Attendees pay no entrance fees but enjoy workshops and guest speakers on politics, life skills, nutrition, psychology, and the arts. Funds are raised through community events such as the January 19 Women Who Rock concert featuring Wendy Woo (www.wendywoo.com), Liz Barnez (www.lizbarnez.com), and Liz Clark (www.lizclarkmusic.com).

Three young Journey board members gave an introduction to the benefit, the conference, and the musicians. Then one of them picked up a guitar and was welcomed as the opening act, Kate Watkins. From her first sharp chord and powerful vocal note the audience was entranced. The eighteen year old was no novice songwriter. With her punctuative, emotional style she could have been a young Ani Difranco. When the crowd finally quit applauding at the end of her short set, Kate gave a warm introduction to the headliners.

The three women had been on stage together before, and were clearly comfortable with the songwriter-in-the-round arrangement as they argued and laughed about who should start. They decided to begin together with a Bob Marley tune, No Woman No Cry. Wendy Woo took the lead and the others filled in above and below.

Liz Barnez started with an original favorite, Just Another Day, stripped to its roots from its usual full band format. It worked almost better this way because it brought out the rhythm and sensitivity in her guitar work and strong voice. Her other songs the first set included Mind Slippin’ where she showed off her trademark staccato blues guitar style, and the simple, beautiful Child and Mother, played on local radio station KUNC. People applauded with recognition.

Wendy Woo was up next with a new acoustic song called Why, written for her mother after her untimely passing last year. As she sang, “you are the deepest soul,” it became clear that writing songs has been therapy for Wendy. Her second song, Down and Dirty, began so slowly it was hard to recognize. Generally a rousing bar room tune, it became a sad ballad. She held back her powerful voice to a silky whisper. For her final song, Wendy invited Kate Watkins back to the stage. Sundrops, her closest thing to a pop single, became a jam. Liz Clark joined on keyboard, Liz Barnez on the conga, Kate on rhythm guitar, and even the audience helped with the chorus.

Liz Clark, after picking up the guitar, chose instead to play the keyboard for her first ballad, Not the Point. Liz’s strong skills at the piano as well as acoustic guitar distinguish her in the company of these very talented women. The crowd received her enthusiastically. She went with the guitar for her next song, Who’s Your Angel,confessing to hero worshiping Wendy’s distinctive guitar style. The song brought out her sweet voice and commanding guitar talent. Liz ended the first set with Safe in My Car, a fast-paced fun song with a driving beat she pounded out on her guitar.

The second set began with more banter between the women and laughter from the crowd. Liz Barnez is famous for taking requests and changing her set list on the fly and tonight was no exception. She told a tale of growing up in Louisiana and singing in the choir. Her first song was a New Orleans-charged gospel song and by the end of the last chorus the other musicians had added harmony. Her next song was introduced as a new blues number completed with help from a friend, Whiskey Bay. Her final song was a spirited rock song, Falling to Pieces, which quickly became an audience favorite. She sang, “Take me to the water, take me to the well, take me to the slaughter, what the hell,” to loud applause. She indicated the song would be on her next CD.

Wendy chose all new songs when it was her turn. Man Made Lines, another no-holds-barred rock song, was slowed down to show off her skill at writing lyrics, such as, “Man makes curves on the rare occasion he stops work to watch the world.” Liz and Liz joined on her second song, Most of Yesterday, providing a beautiful three-part harmony to this breakup ballad. Her last song, Company of Two, started slowly but built in intensity and percussiveness until Liz Barnez got out her conga and enthusiastic shouts were heard from the crowd.

Liz Clark introduced her first song, Justify, as a self-empowerment song. Her voice had a clear emotional edge as if the feelings were still fresh. Again at the keyboard for her second number, Gemini Girl off her 1999 release Love and War, she displayed her vocal range and driving keyboard skills. She ended on the guitar withOn Your Side, a fast-paced rocker.

They finished with a group song after thanking everyone for benefiting the cause and being good to them. Wendy took the guitar part, Liz Clark the piano, and Liz Barnez sang. They traded verses of John Price’s Angel of Montgomery, made famous by Bonnie Raitt, their completely different voices blending melodiously. This ended a gorgeous night of acoustic local music.