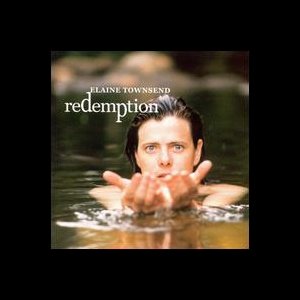 “Peace Resides in the Mystery,” the opening track on this new live release, opens with a vocal against an acoustic guitar that seems to have more power in its six strings than it might usually have. ElaineTownsend is an accomplished guitarist. This song gives Redemption a promising opening what with her outstanding guitar work and moments on the chorus that seem reminiscent of the Indigo Girls.

However, sometimes Townsend is a bit too earnest. The second track, “Memphis,” is disconcerting. The choral background and the organ seem to be part of another number; Townsend’s fervent vocals and guitar compete against the rest of the song. “Slippery People” features a sharp world beat, but occasionally her voice seems monotonous. “Slippery People” is a political number, but it needs more vocal variety. Even on the slower and gentler “House of Sorrow,” the long notes on the chorus seem lacking. This song, which could handle gospel-type vocals, longs for more emotion and enthusiasm.

That apparent lack of enthusiasm is what hurts Redemption the most. “This Town,” a clever piece of satire concerning prejudice found in her hometown of Columbia, South Carolina. In her introduction, she states that she loves that city, “yet I write mean little songs about Columbia.” The audience cheers when she sings about the type of person who doesn’t have “enough sense to take that flag down.” The guitar work is intricate, and the lyrics are witty, yet her voice could be even stronger in terms of emotion. She has a Dylanesque seriousness that works on this type of number, but more zeal could add even more flavor and effectiveness. The contrast is obvious on “Longing to Belong,” a blues piece that again features her guitar work. Her voice flares and finds its bite as she declares “when you slammed that door/you left me mighty blue.”

The potential is there. Townsend just needs to make sure that her voice’s emotional quality captures and maintains the same constant as her fine finger picking.