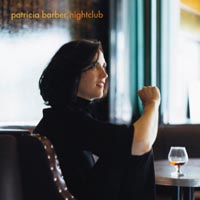 The name Patricia Barber may be new to many, and familiar to some. Her velvety jazz vocals have lived in Chicago for many years. Barber learned from family and the masters in such Chicago Blues Clubs as the Green Mill Jazz Club. Her latest CD Nightclubseeks to recreate that feel of smoke and jazz. For more information visit http://www.patriciababrber.com

FEMMUSIC: Can you describe your songwriting technique?  Lyrically & Musically?

PB: If I had one technique, I would patent it and make millions on the technique rather than the music.

FEMMUSIC: Who have been your mentors?

FEMMUSIC: With Nightclub I understand you were trying to duplicate the sound of performing in a Nightclub. What attraction does live performance bring for you versus studio work?

PB: A “live” performance has more a sense of walking on an emotional tightrope…without a net.  It gives the performance an immediacy and sincerity that second guessing in the studio can attenuate.

FEMMUSIC: What was the biggest challenge making Nightclub?

PB: The biggest challenge was the sheer fatigue factor in being the singer, the pianist, the arranger, and the producer.

FEMMUSIC: What was the best experience making Nightclub?

PB: As a producer, I’m happy about the integral sound of the music..the lack of cheap tricks, the subtlety of the expression by all the musicians.

PB: Perhaps less dominance by the few channels within the marketplace, but I think the internet is solving this problem.

PB: not to my knowledge.  if anything, I’ve probably been given more work because women are a statistical anomaly as instrumentalists and therefore the marketplace provides more demand for them.

PB: You have two choices:  1.) find another profession with more security, benefits, disability, normal social relationships, health insurance, easy hours.  2.) if you must play the role of an artist, and since you’re risking everything else, never compromise your art.